Bill Plaschke of the Los Angeles Times on Extra Innings: "...far more than a baseball book, it’s a humanity book..."

Fred Claire is a fighter.

You might not know that to look at him—he’s so distinguished and dignified and darned polite—but believe me, when he spots an unfairness or injustice, the man will come out swinging.

I know, because I’ve seen it. To be more exact, I’ve heard it. 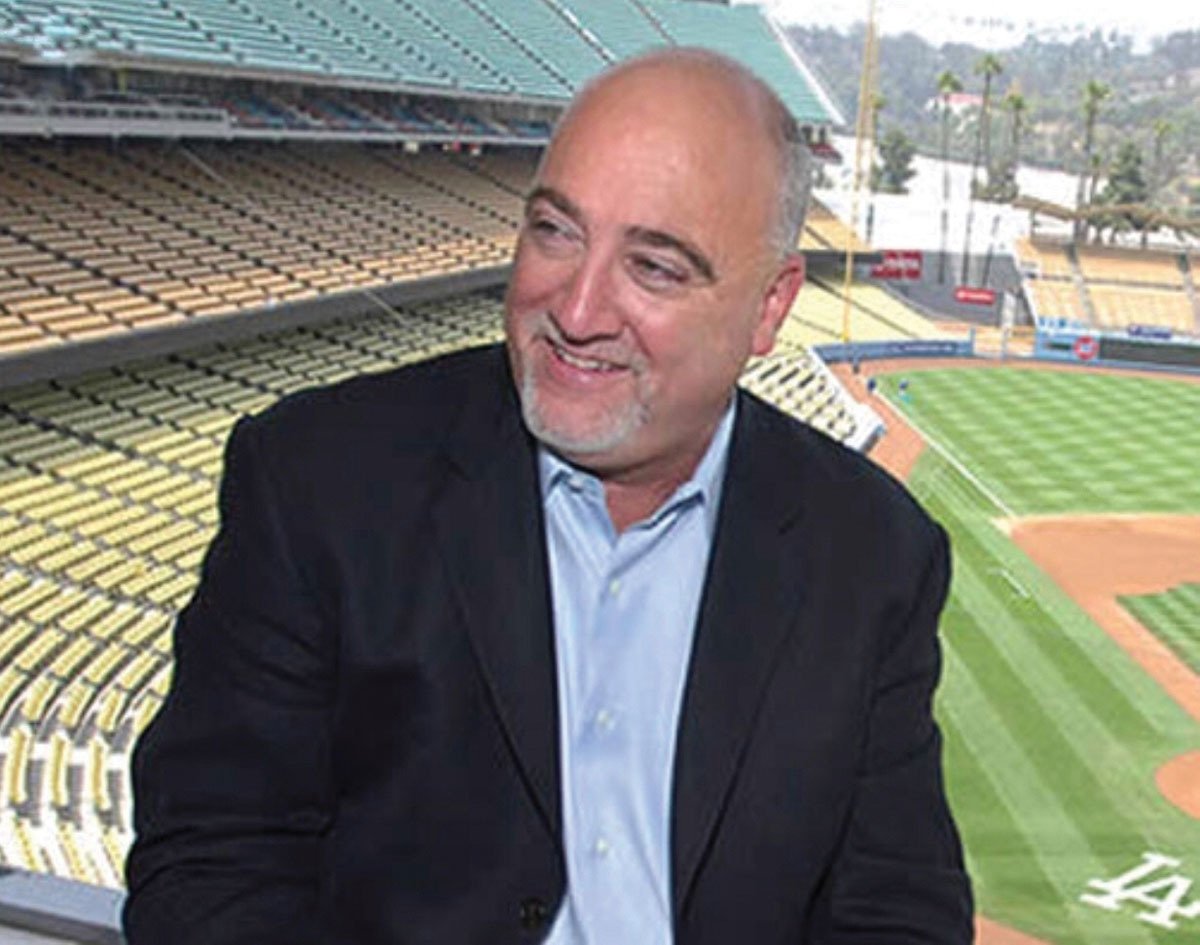 It was the summer of 1990. I was the Dodgers’ beat writer for the Los Angeles Times, and I was standing outside the closed door of Tom Lasorda’s office in the bowels of Dodger Stadium. Inside the manager’s room, one of the toughest players in Dodger history—the great Kirk Gibson—was staring down its kindly general manager, Fred Claire, trying to force Claire to trade him. Gibson thought he could push Claire around like he once pushed that Dennis Eckersley slider into the right-field pavilion for the most famous home run in Dodgers history. Gibson was wrong, and standing with my ear against that closed door, I could hear exactly how wrong.

“You’re not doing your job. You need to trade me!” Gibson shouted.

“You’re not going to tell me how to do my job!” Claire shouted back.

I heard shuffling and cursing and more shuffling.

“Have you ever seen a big bear in the woods?” Gibson shouted.

“No, do you know of any?” Claire responded. There was more shuffling, more cursing, and I could have sworn I heard a punch thrown. I slowly backed away from the door, and moments later Gibson and Claire both stormed out and stalked away in different directions. Inside the office, Lasorda was still sitting at his desk, looking pale, as if he just witnessed something from a different world.

“Tommy, Tommy, did Gibby punch him?” I breathlessly asked.

“No, no, no, it was the other way around,” said Lasorda. “Fred was going to punch Gibby!”

Soon there were clubhouse whispers about how Claire had actually taken off his sunglasses in preparation for battle with the legendary slugger and former football star.

That, it turns out, is the real Fred Claire. Don’t mistake his kindness for weakness. Don’t think his brilliance prevents him from brawling. He cannot be bullied; he will not be intimidated.

When Claire took over the Dodgers baseball operations in the wake of the Al Campanis scandal in the spring of 1987, he was dogged by the misconception that, as a former sportswriter, he was completely out of his league. He boldly fought back to make arguably the greatest set of personnel moves in Dodger history in building a 1988 World Series championship team whose accomplishments remain unmatched thirty-two years later.

Then, in 2015, he stared down another opponent: a deadly form of skin cancer that eventually moved into his jaw. Just as in his early days running the Dodgers, he wasn’t given much of a chance to survive. But backed by the best corner men in the business at City of Hope National Medical Center in Duarte, California, he once again knocked out his nemesis.

In Extra Innings, Tim Madigan deftly chronicles both of Claire’s winning fights, from his bold first Dodger signing of Mickey Hatcher to the recent inspiration he draws from City of Hope oncologist Dr. Erminia Massarelli. I am honored to write this foreword, not only because of my admiration for Claire, but also because of my appreciation for the special way this story is told. This is far more than a baseball book, it’s a humanity book, and its pages abound with different heroes from different worlds, from Orel Hershiser and Mike Scioscia to City of Hope surgeon Dr. Thomas Gernon and patient navigator Lupe Santana. 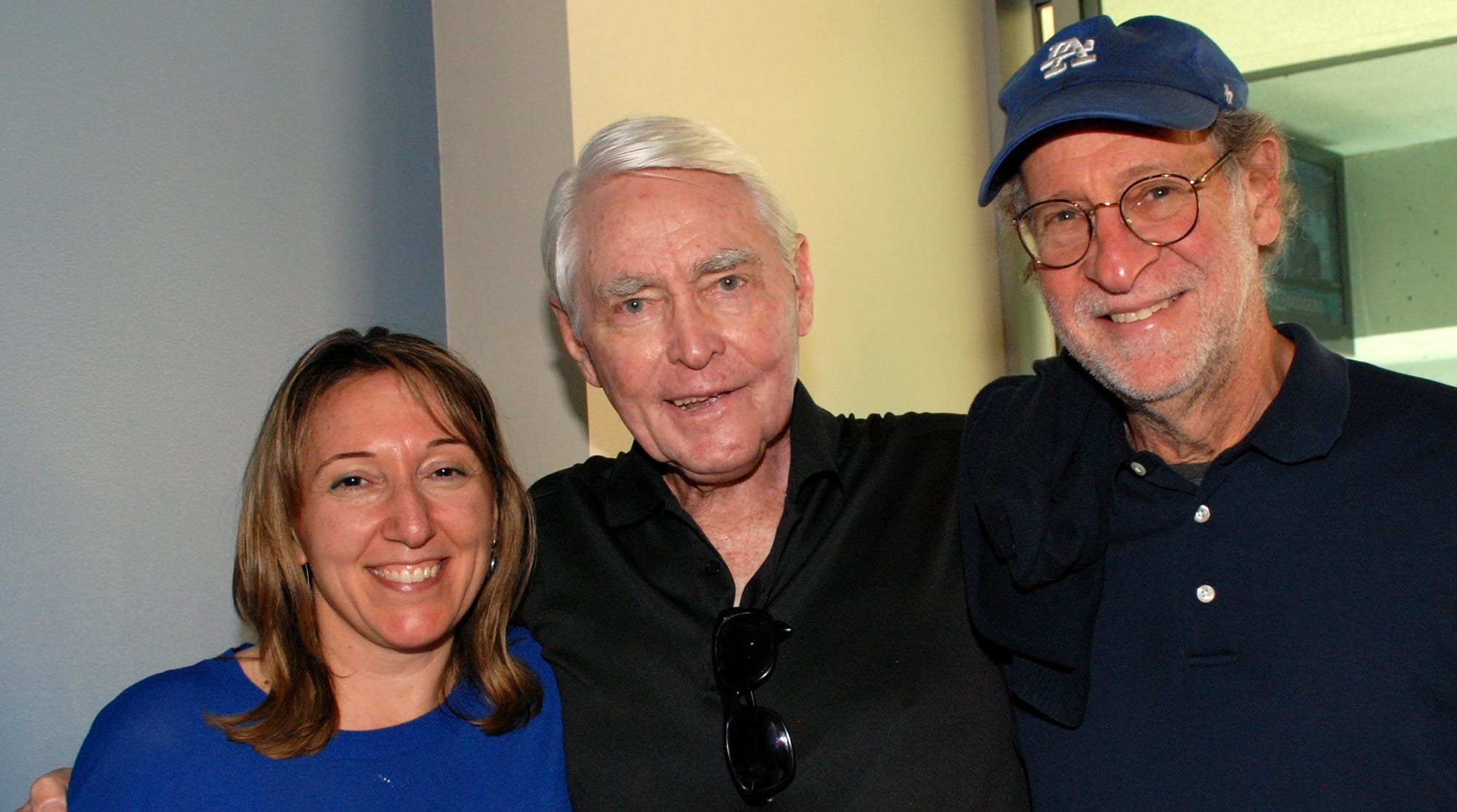 Fred Claire with two members of his championship team at City of Hope, Dr. Ermininia Massarelli and Dr. Stephen Forman

I was lucky enough to cover the honorable Claire during his successful nine-year regime as Dodger general manager. He was the most honest and integrity-driven sports executive I’ve ever met, yet I am more awed by his battle with cancer and insistence that the City of Hope be celebrated in the same manner as his champion Dodger team.

There are stories here not only about Gibson’s famous home run, but also about the amazing Dr. Stephen Forman, a researcher and clinician whose leadership turned the medical center into one of the top stem-cell transplant facilities in the world. There is the story not only of Claire’s deft handling of the Jay Howell pine tar scandal during that championship postseason but also the compelling story behind City of Hope’s researchers discovering the synthetic insulin that is commonly used by diabetics.

From Dodgertown to Duarte, these pages take us on an inspirational journey of perseverance, hope and, ultimately, triumph. For me, it is highlighted by the moment Claire had a crazy fundraising idea while sitting in an infusion room undergoing cancer therapy. Even as he was clinging to life, he wanted to give life: “I said to myself, ‘What is it that I can do to help? I’m getting all the help. What is it that I can do?’”

“He would not buckle an inch . . . he met it head on,” said the great Vin Scully of Claire’s cancer battle. Scully could have also been talking about his baseball battle. The two fights are splendidly chronicled here in a story of a life too outsized for normal parameters, a life indeed worthy of extra innings.

The publication date of Extra Innings is July 1,  but the book is currently available through the publisher, Mascot books, at this link. https://bit.ly/3fXlBp0 In the coupon box, use the code FriendofFred and receive a twenty percent discount.