Body and Soul: How California's City of Hope is a model for the future of medicine, and an example for us all

On a west coast trip a few weeks ago, three of the most profound days of my career began with a tour of the City of Hope National Medical Center near Los Angeles, followed by a late afternoon conversation with Robert Stone, the institution’s CEO.

Stone was clearly weary at the end of a long work day, but warmed immediately to the substance of our talk. After a recent period of rapid growth, researchers at the City of Hope were very much at the cutting edge of the revolution in cancer treatment. But Stone seemed just as passionate when discussing the founding spirit of the place, an ethos that for more than a century has somehow remained intact.

It is summarized by the motto of City of Hope founder Samuel H. Golter, which today adorns a gate in the rose garden of the hundred-acre campus: “There is no profit in curing the body if, in the process, we destroy the soul.” 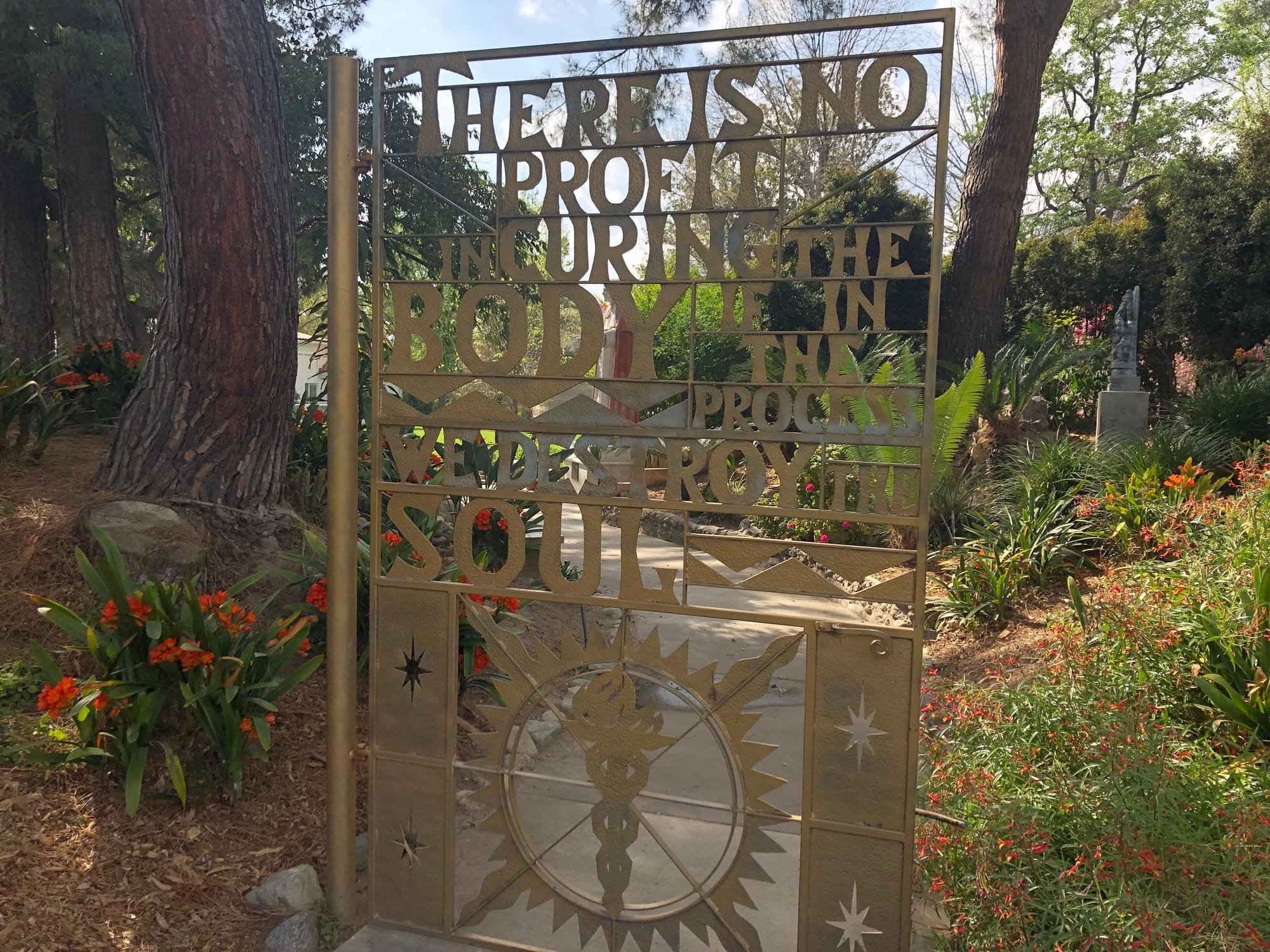 “What I’ve found in my twenty-three years here was a focus on paying it forward, a focus on truly helping others,” Stone told me. “Egos had to be checked at the door. People who come with huge egos, they don’t last very long here. We’ve had some over the years, but you have to make yourself smaller than the greater good.

“There is a humility to people here who recognize that what we can do together is profoundly more impactful than what anyone can do alone. If you really put people at the center, you see how we can help cancer patients and their families across the world.”

Stone’s sincerity was undeniable, but what made my visit so memorable was what happened next, in interview after interview, with nurses, patient advocates, volunteers, and some of the world’s most esteemed clinicians and medical researchers.

Dr. Thomas J. Gernon, for one, is a widely respected young surgeon specializing in the diseases of the head and neck. But Gernon insists that his patients call him T.J.

Gernon told me that he was an eighth-generation, father-to-son physician, but that much of his outlook came from his mother. 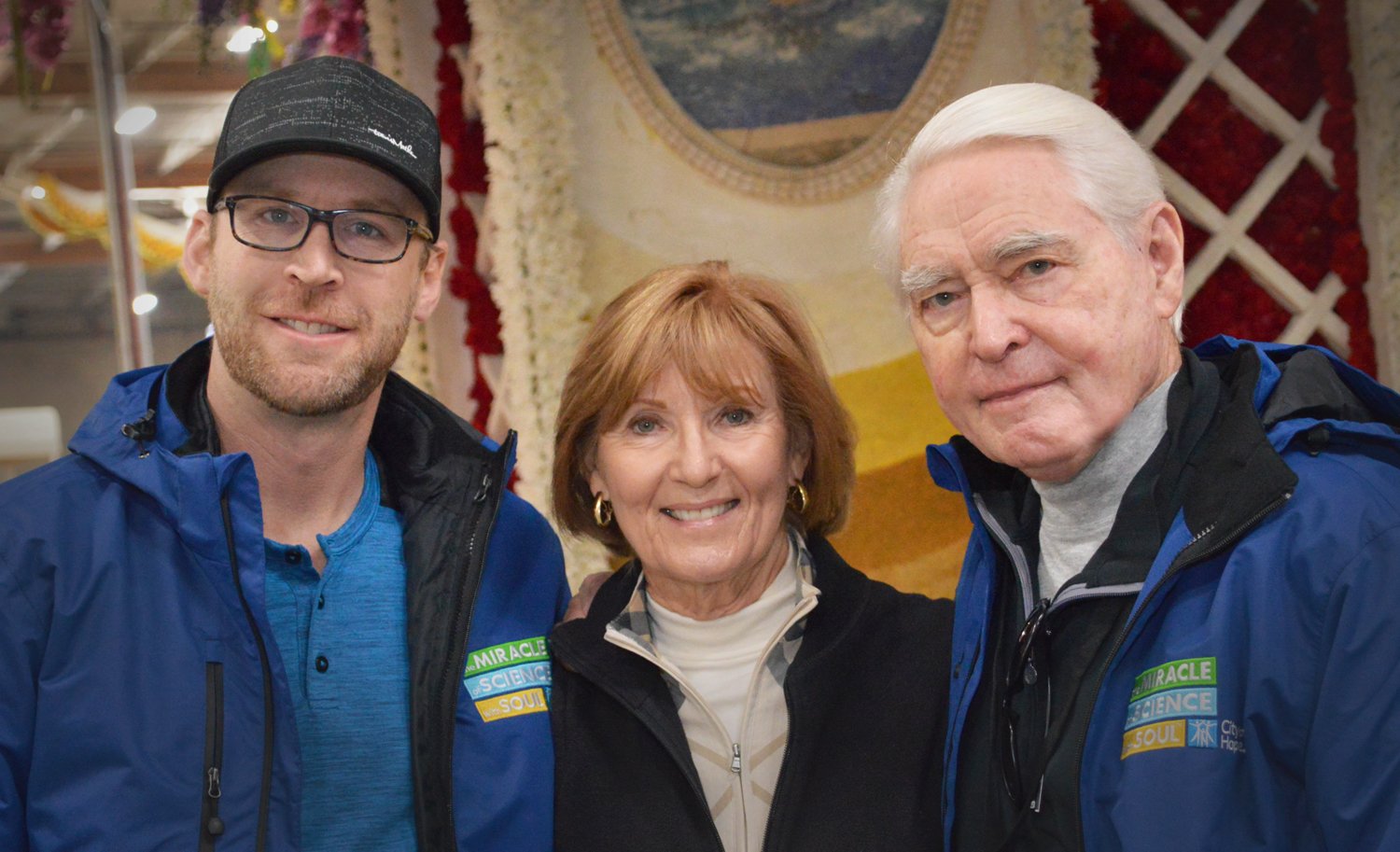 “The trappings of being a doctor don’t mean anything to me. I hate that people think they have to call you ‘doctor.’ I’m me and you’re you. You introduce me to yourself and I introduce you to myself and that’s how I think it should be.”

My own introduction to the City of Hope came through one of Gernon’s prominent patients, Fred Claire, the former general manager of the Los Angeles Dodgers. You may recall that Fred was the architect of the Dodgers’ last world championship in 1988, the World Series that featured the iconic homer of Kirk Gibson.

Fred and his wife, Sheryl, arrived at the City of Hope in 2016, after Fred’s skin cancer had metastasized into a tumor of the jaw. By 2017, after intense radiation and chemotherapy, the cancer had returned, what in any other era would have been a death sentence.

But Fred’s oncologist at the City of Hope, Dr. Erminia Massarelli, was leading an immunotherapy clinical trial, and urged Fred to take part. His cancer disappeared after a few immunotherapy treatments, and he remains cancer free two years later. Massarelli describes it as a miracle, a word that is more and more common in cancer treatment these days.

But again, it was the spirit of the City of Hope as much as the medicine that Fred and Sheryl found so remarkable. Within hours of setting foot on campus, the place felt like home to he and his wife, the people there like family.

The Claires are certainly not alone in wondering why the place, located about twenty miles east of downtown Los Angeles, is so relatively unknown. They believe, as do many others, that it belongs at the top of the list of America’s comprehensive cancer centers with institutions like M.D. Anderson in Houston, the Mayo Clinic and Sloan Kettering.

Fred has resolved to do what he can to make it so. He started planning a celebrity golf tournament while still undergoing chemotherapy. He now shares the story of the City of Hope in speeches across California. And Fred has conceived of the idea of a book that will use his story to shine the light on the place whose people warmed his spirit and saved his life. He is more passionate about this mission than any previous pennant race.

I’ve been asked by his publisher, Mascot Books, to assist with the writing and research. We hope the book will be out late this year. 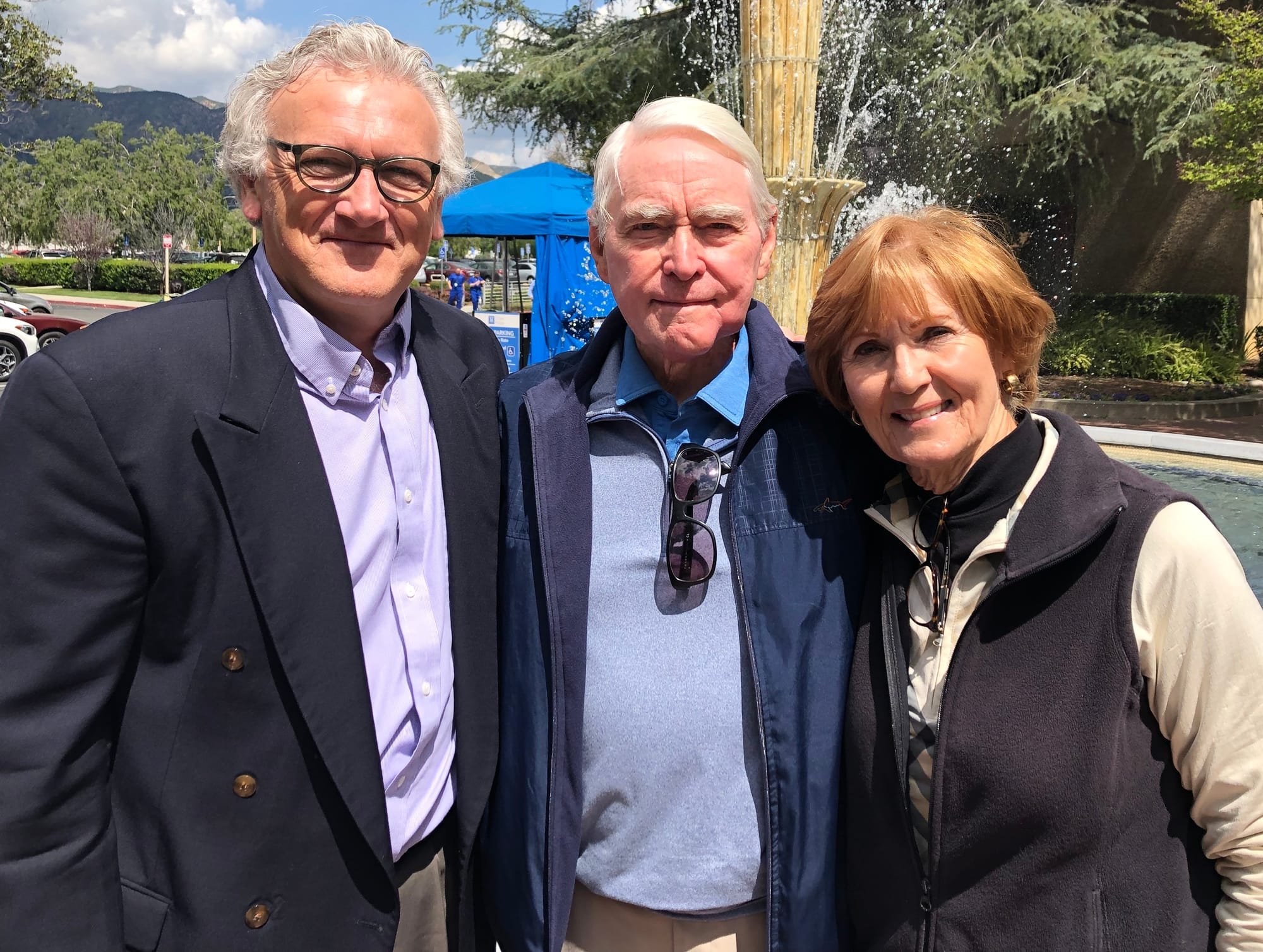 Tim Madigan, Fred and Sheryl at the City of Hope

“How could you not want to help these people,” Fred says. “I want this to reflect how I feel about them. I couldn’t invent this. Nothing is contrived. Everything is real. These are people who will always have an important, and in many ways, the most important part of our lives.”

During my recent visit, I also sat down with Dr. Stephen Forman, who joined the City of Hope in 1978. Forman has long been one of the world’s leading experts on blood cancers and a pioneer of the bone marrow transplant. It was a great privilege to be able to thank Forman for his work on behalf of a family member who underwent a successful bone marrow transplant for multiple myeloma in the fall of 2016.

As we talked that recent day, I was struck by how much Forman, by his presence, kindness, gentle nature and humility, reminded me of another Fred, Fred Rogers. Fred Rogers, who I knew well, would have been just as impressed by Forman, who remains a groundbreaking researcher, but also a clinician who cares for patients.

“Research is done because I see the need, the need to improve things and do things better,” Forman said. “Taking care of people keeps it real. Taking care of other human beings is a privilege. I’ve thought a long time that I get as much from them as I give to them. They share life with me and intimacy, and I learn things from them just like I’m learning from you, right now.

“It’s very hard. Suffering and loss. It is difficult, but I tell the staff, ‘No one chooses this work accidentally. There are other things you can do.’ It’s always been a privilege. I keep (past patients) in my memory and I think of them all the time. I got to be a part of their life for a certain period of time and hopefully made whatever life there was after cancer either better or longer, less scary and less painful. That’s part of what we need to do.” 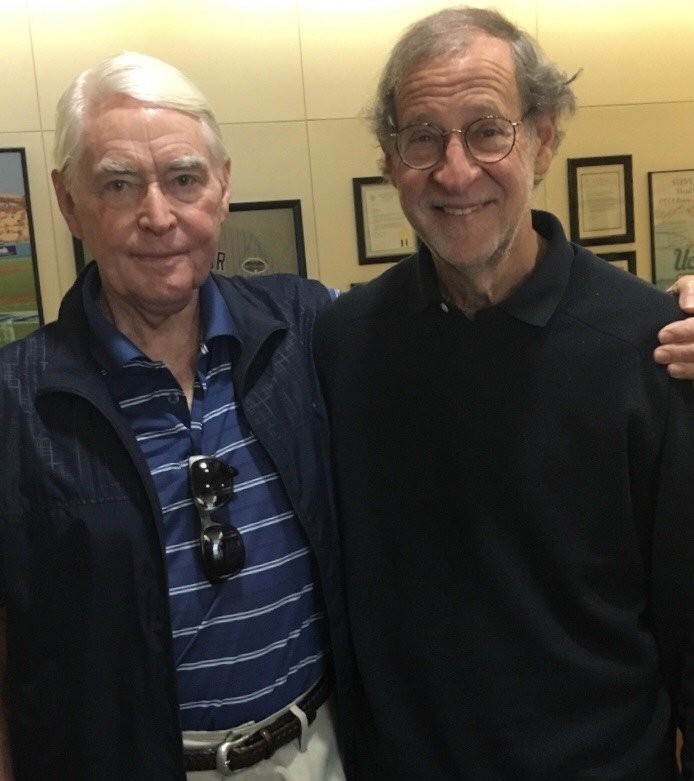 I mentioned Golter’s motto on the garden gate.

“I’m glad to hear you make reference to it,” Forman said. “I think it informs the culture. You interviewed Mr. Stone? I give him a very hard time every chance I can, because as the head guy, I tell him you’re the keeper of the flame. We think it’s your job to maintain the culture here and not sell it short or give it away or change it. Otherwise who are we?”

Forman certainly embodied the spirit of the place, but then, so did every other person I talked to on that recent visit. As it went on, the story of the City of Hope kept getting bigger and bigger in my mind, more and more important.

It is certainly a model for the future of medicine and research. But more than that, in this age of cacophonous vitriol and ego, especially in our public life, I think the City of Hope affirms what is most true about us as human beings and offers us a glimpse of a more compassionate world soon to come.

For more information about the City of Hope, visit www.cityofhope.org.

cancer research immunology city of hope compassion
A memory of Squirrel Hill: Mister Rogers and the woman in church
One of life's greatest challenges: Befriending the one in the mirror
From the desert: Fred Rogers' remarkable request of my dying brother
Comments
985-245-1730
Fort Worth, Texas, United States