For the holidays: My father's gift

It’s been seven years since my dad, Myke Madigan, died after a noble struggle with Alzheimer’s disease. Last February, after months of praying that God take her home, Lois Madigan, my mom, finally “got her wings.” 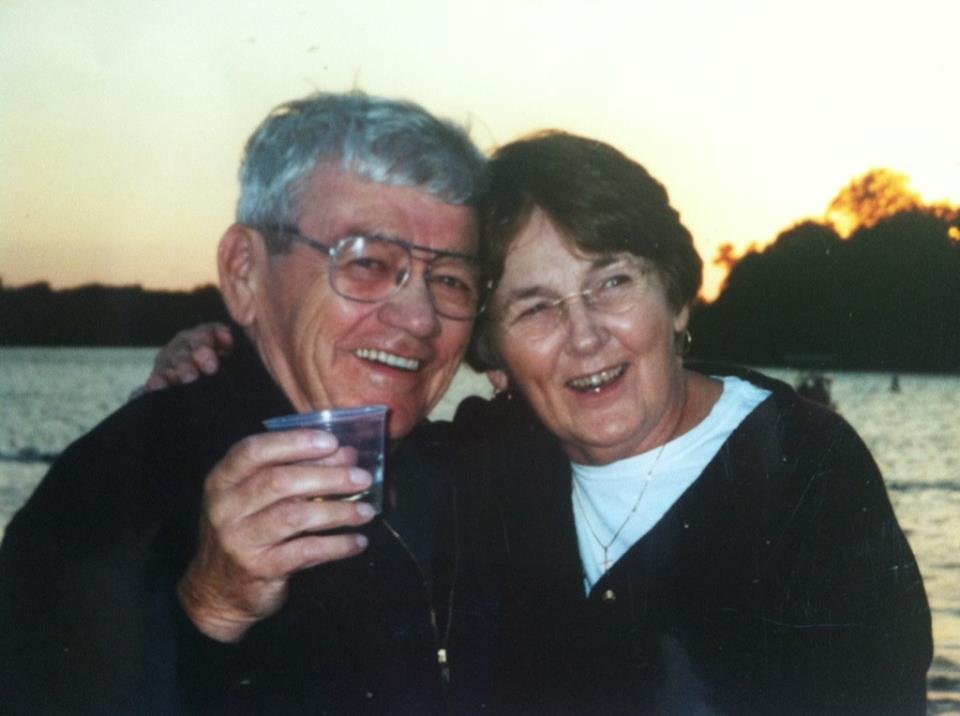 Always in our hearts

Both of them have been on my mind and heart an awful lot lately, which might explain why a few days ago I remembered a holiday essay of mine I hadn’t thought of in many years. It was published in the Fort Worth Star-Telegram in 1994. I think this is as good a time as any to dust it off and share it once again. Hope you enjoy.

Christmas was the one time each year my parents were prone to extravagance. We were a large family of modest means, but each December, as if by magic, my mother and father built a stunning pile of brightly wrapped presents that began at the base of our family tree, and, by Christmas Eve, stretched nearly knee high to the dining room.

Old traditions such as these die hard. That same festive pile is replicated in our home every year, and while our two children scarcely go wanting, my name is still scribbled on more holiday packages than one grown man could ever deserve.

Thus, should I ever be asked to sift back through the years and select one favorite gift above all others, you might assume it would be a difficult task, given the wide assortment of trains, planes, trucks, hockey sticks, racing cars, walkie-talkies, etc., that defined Christmas for me as a child, and the wonderful infusions to my adult wardrobe that I’ve come to count on at Christmas today.

Yet my favorite gift of all time is not a tough choice at all. 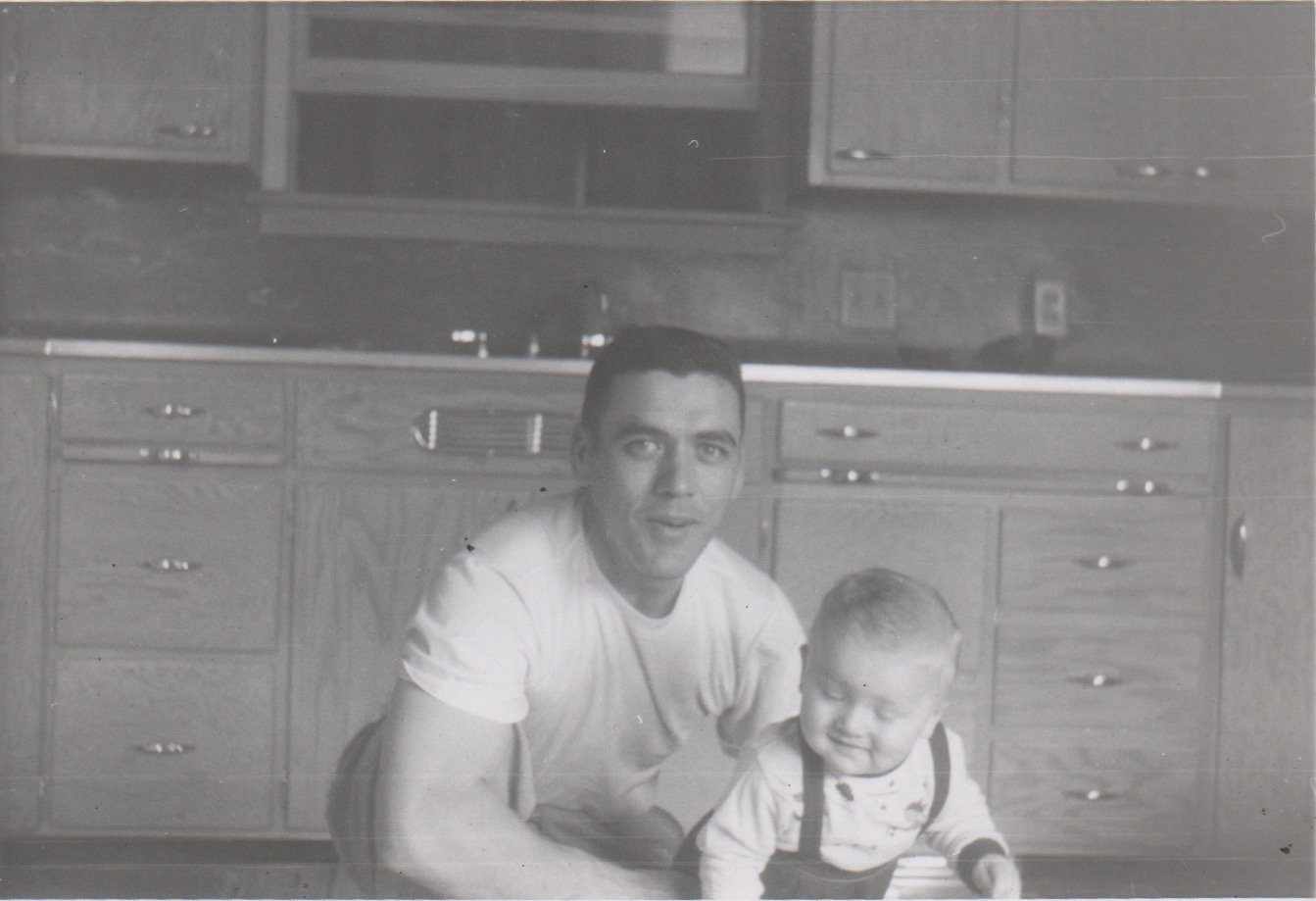 It came when I was quite young, seven or eight years old, as close as I can remember. Christmas was awaited in our house that year with particularly keen anticipation because of the unusual absence of my father on nights leading up to the holiday. Somehow or another, word leaked out to my younger siblings and me: My dad, the manager of a lumberyard in our small town in northern Minnesota, was building our big gift that year himself, and with the amount of time the project seemed to be taking, it was guaranteed to be wonderful indeed.

The day finally arrived. Per family tradition, our parents forced us to suffer through a brief Christmas pageant in which each of us kids assumed a role in the drama of the manger with the youngest child in our family wrapped in swaddling clothes.

Soon enough, when our living room had been reduced to mounds of crumpled wrapping paper, there was a stirring from below, and we raced down the stairs to the spot in the basement where we knew Santa or one of his emissaries had been. Waiting there, sure enough, was the usual assortment of six-shooters and cowboy hats, a few trucks and cars and dolls for my sister, but nothing resembling the boffo Christmas present we all anticipated. 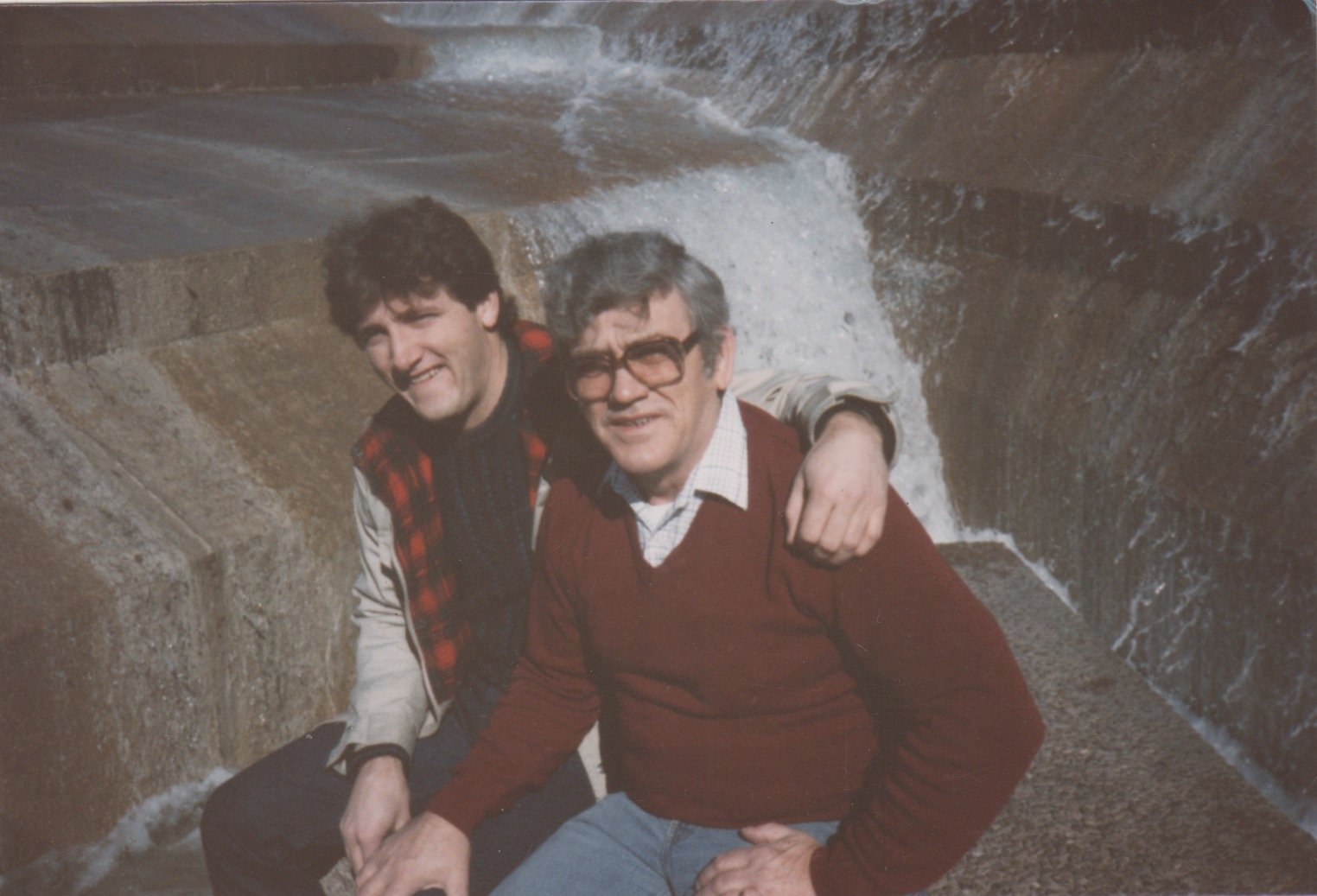 At the Fort Worth Water Gardens in the 1980s

Instead, in a corner sat a short, squat thing made of wood and resembling someone’s miniature A-frame garage, a tiny shed of some sort. It was painted silver, and on the roof someone had carefully stenciled “U.S. Air Force” in large blue letters. My siblings and I studied it in perplexed silence, knowing that the shed (or whatever it was) was a gift meant for us, a fact we deduced because the little shed had not been there when we checked for Santa an hour earlier. Otherwise, we were oblivious to its purpose.

“It’s an airplane hangar,” my father finally said, standing over us, sensing the need for clarity.

I assume toy airplanes came with the hangar that night, for what good is a toy hangar without toy airplanes? But I can’t picture the airplanes now. What I do remember, as if it were yesterday, is our childish disappointment. Airplane hangars, even those carefully built of plywood and painted silver, even hangars with “U.S. Air Force” stenciled on the roof, do not whistle or roar or make entertaining noises of any kind. You cannot ride an airplane hangar. It pretty much just sits there. You put planes in and take them out and that’s about it.

I’m sure that out of a sense of duty, my brothers and I played with the hangar for a half-hour or so that Christmas Eve. But then we scarcely looked at it again. It became a place for my mother to pile folded laundry, and today, if it survives at all, the hangar gathers dust in some crowded attic in my parents’ Minnesota home.

Why, then, should an airplane hangar that languished unremembered for a quarter century spring back so powerfully to memory, seemingly out of nowhere, as it did for me a few years ago? Was it coincidence that I remembered the hangar at roughly the same time my own son was born, a time when he and my daughter were teaching me the amazing depths to which parental love can run? Probably not.

I picture my father now, hungry and tired, his work day done, toiling alone with numb fingers in an unheated work shed at the lumberyard, cutting and nailing and painting what in his mind, I’m sure, was going to be the ultimate gift, a certifiable smash.

What I feel today, as I remember that Christmas Eve so long after the fact, is a nagging sense of shame that we should have been so unappreciative. What my dad must have felt when he saw our reaction to his gift that night. Was he terribly disappointed himself, after all those cold hours alone in the lumberyard shed?

When I asked him about the hangar a few years ago, he seemed a little embarrassed and just shrugged.

But I see it so differently now, that hangar. It is a beautiful thing, sturdy and simple, much like its maker. That shed clearly was an extension of my father, and when he offered it to us, I realize now that he was offering—not some store-bought toy that was part of the latest childish fad—but truly a part of himself. The best gifts in life are just so.

Christmas as a proposition is such an inviting target for cynics. It is my imagination, or does the din of commercialism grow more shrill every year? And what can be more heartbreaking than the thought of children who must depend on the charity of strangers for even a fraction of the Christmas bounty my family members and I have always enjoyed. 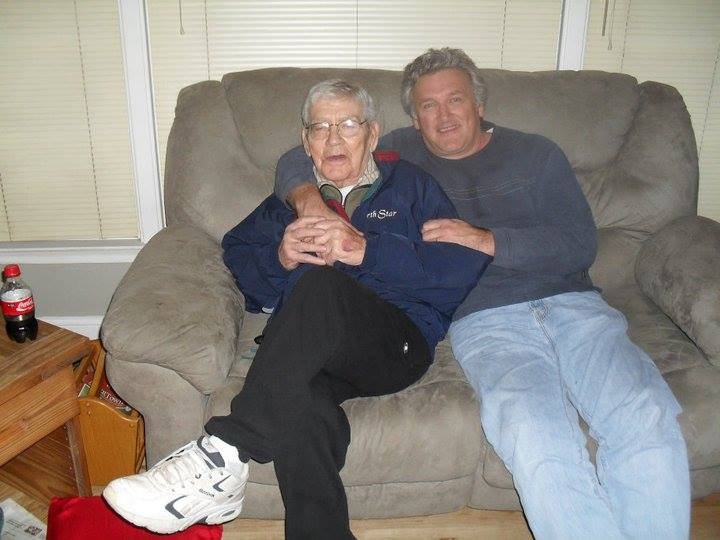 With  Dad, shortly before he died

Sometimes those holiday parables of love reveal themselves only in retrospect.

Take my case. Who but someone who had become a father himself could appreciate that a silver airplane hangar is really the perfect Christmas gift, after all.

Thanks to the new subscribers to the Anything Mentionable  blog. If you would like the blog and other book and speaking news delivered each week to your email inbox, visit www.timmadigan.net, scroll down from the home page and subscribe. Tim