Hard Realities and Hope. A Conversation With My Friend the Physician, Writer and Thinker, Dr. Craig Bowron

A few weeks ago, on a Minnesota trip to visit my family, I also got together with my friends, Craig and Stephanie Bowron. For a couple of hours in their St. Paul home, Stephanie played piano, Craig and I played guitars, and we sang ourselves hoarse, everything from the Beatles to Johnny Cash. That seems like a lifetime ago now.

On Sunday, I called Craig from my home in Texas to discuss more serious matters. He is veteran physician and one of the finest writers and deepest thinkers I know. For decades, when he’s not caring for patients at Abbott Northwestern Hospital in Minneapolis, he’s been translating the world of medicine and science with elegance, insight and wit in essays published across the nation.

Craig is now meeting his moment. In the last few weeks, he has written extensively about the coronavirus and becoming a very important voice on that topic. I’m glad to share our recent conversation here.

Tim: What’s on everyone’s mind right now is how long will this last and how bad will this be. What’s your sense? 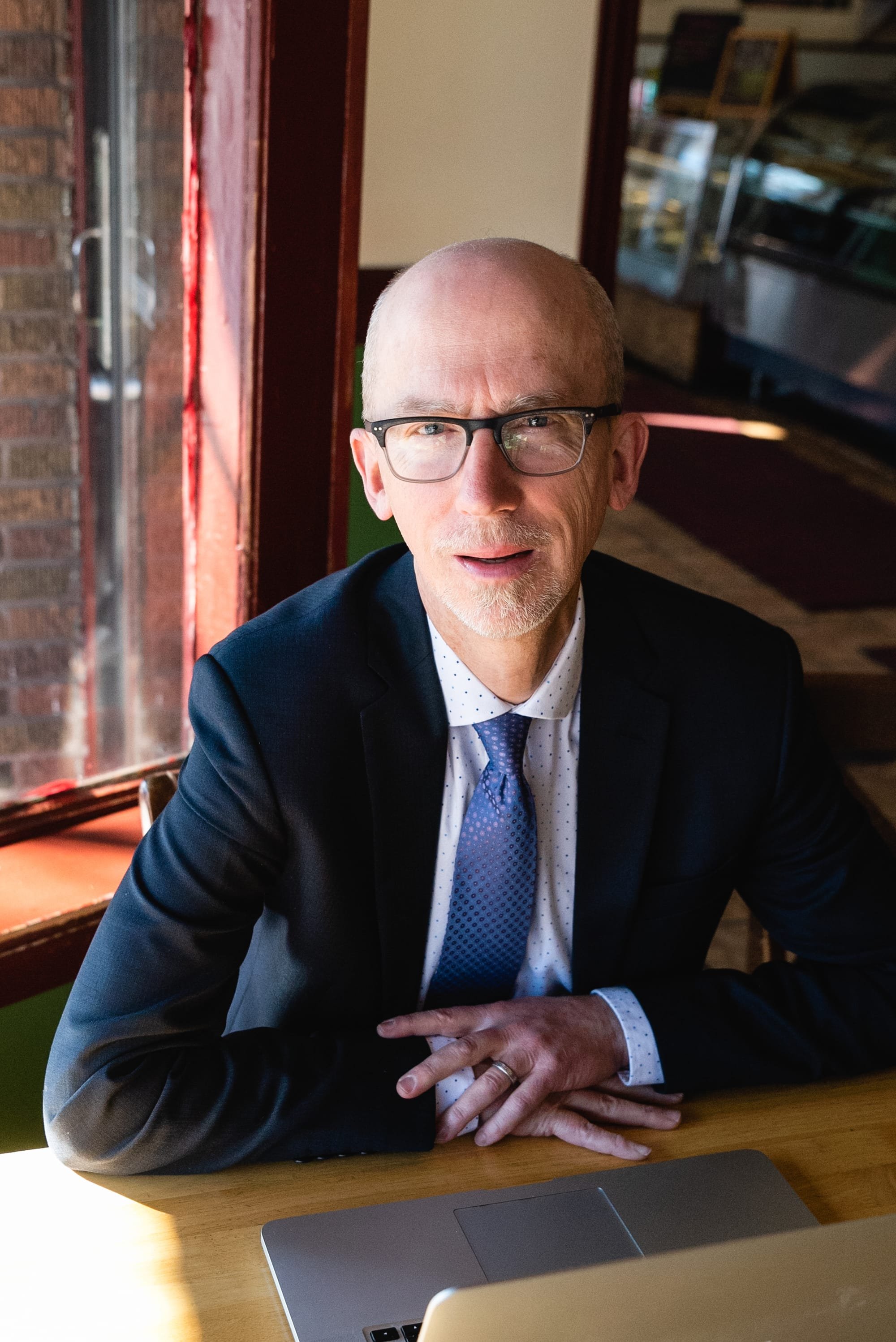 Craig: People in the scientific community know more about that than me, like the epidemiologists. We have one of the best here in town, Mike Osterholm of the University of Minnesota. He wrote a book in 2017 called Deadliest Enemies, with a chapter on coronavirus. He is saying this will be months not weeks. He says it’s good that people are getting ready to hunker down, but if they have this expectation that it will be a week or two and blow over, he doesn’t think that’s the case. And he thinks that if you look at China, for instance, as they relax restrictions, there could be a second wave, hopefully not as severe as the first, because some people will have immunity, but it could come back. So, I think this is probably going to be months. People are rooting for warm weather to knock it down, but that typically is the case with influenza and not with other viruses.

Tim: You’re talking about months of the lockdown experience we’re starting to have now?

Craig: No. I wouldn’t think so. Our government won’t push through the strict or draconian measures that China and other countries are able to, so I think it will be much more based on individual citizens' sense of risk, how isolated and how quarantined they want to be. I think us moving individually might be a good thing, because of our personal convictions, rather than a government mandate. That might represent the best of us. It’s good to see people who say, ‘I’m low risk, but I’m concerned about people who are high risk, so I’m going to take precautions.’ My sense is that as soon as it starts to improve, people will loosen up on their own and then we’ll see. Will there be a second wave where we have to get more serious or not?

Tim: Right now, given the lack of available testing, you almost have to assume that everyone you see is infected. Is that too much of an overstatement?

Craig: No. I think that’s reasonable. To me the strongest argument for broad-based, community-wide quarantine is the increasing amount of science that says that people are spreading coronavirus in their respiratory secretions several days before they even feel symptoms. You’ll have several days when you could be shedding this thing without having any symptoms. That’s not typically how viruses go. Again, if symptoms aren’t a sure thing, then the best thing we can do is to spread out and keep our distance until this thing has had a chance to cool off.

Tim: You’ve been interviewed a lot lately on National Public Radio and elsewhere. What questions have you found particularly insightful or relevant?

Craig: People get back to the same kinds of things. How can you be infected but have no symptoms? How can you pass around a virus that you don’t obviously have? If this thing has such a low mortality risk, why are we going to these great lengths? These basic things continue to puzzle people. 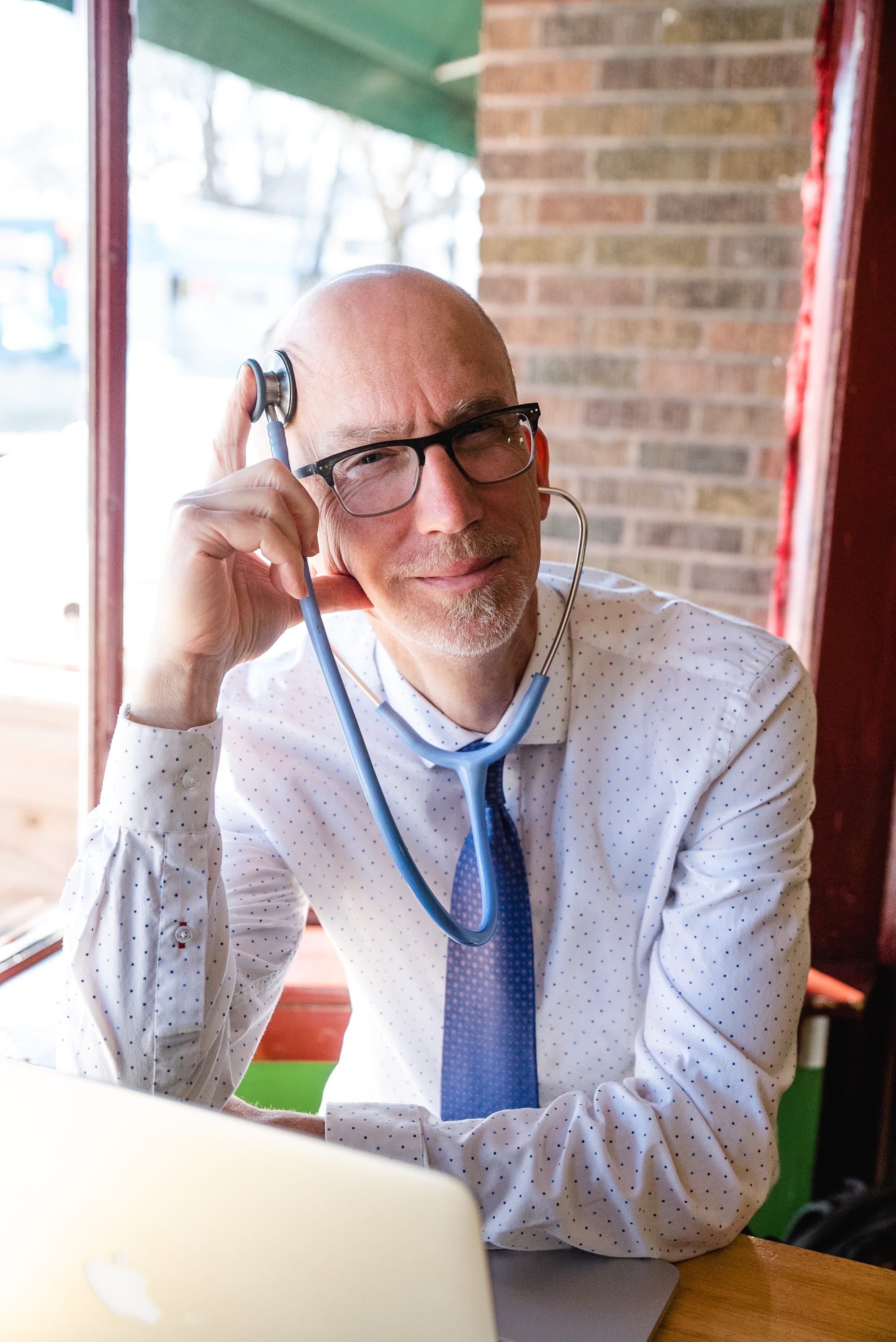 Tim: And the mortality question?

Craig: To me the answer is, if I offer you a slice of pie, how big is the pie? Because this is a novel virus, it’s going to infect millions and millions of people, so even a very small slice of that pie is going to be a pretty big number. One percent of a hundred million is a lot of people.

Tim: I think I’ve read this is as serious a strain of the virus as we’ve seen, perhaps going back to 1918, in terms of the severity and mortality of it.

Craig: Yes. SARS, for people who got it, was really rough and had a higher mortality, but as it turns out, it was kind of hard to pass along. It didn’t have great infectivity once it got into the body. It’s a combination of how easily it can pass itself along and, once it gets into the body, what kind of disease it can cause. In terms of the worst virus, we worry about the one that is easily passed and carries a significant mortality risk. It looks like this one has a combination of those two factors.

Tim: There is going to be a lot of economic hardship, particularly for the poorest people. I think there are also some serious mental health issues that we have to prepare for. What do you think they will be over time, and what are some things that people can do ameliorate the loneliness, despair, isolation, no sports on television, etc.

Craig: The great poet and writer Wendell Berry has said, ‘We’re in an emergency to be entertained.’ Our culture is one of high intensity entertainment, one thing after another. From a cultural standpoint we’re all extroverts, do, do, do, do. When the Grammy’s end we go into the Oscar season and when the Oscar season ends we go into March Madness and when March Madness is done we go into the NBA. I think there might be some good that comes out of this necessary centering, pulling away from our usual, frantic pace.

No doubt that we as humans, particularly when we are under stress, need to meet others to help calm ourselves and heal ourselves. But even though we’re going into physical isolation, there has never been a time in the history of humanity when you can continue to communicate like we can now. I mean, right now, I’m having a conversation with my friend in Texas. This is just amazing. I never have to leave the house and I can still interact with all the people I care about the most. I’m not looking forward to a shut down or a broad-based quarantine, but there could be some real good things that come out of it.

Tim: You and I have talked about the potential role of nature right now. I camp in the Rockies every year as kind of a cleanse and you have your own nature rituals.

Craig: Yeah, we have this place in northern Minnesota called the Boundary Waters canoe area. It’s a national wilderness. It’s a huge, huge tract of land that goes across the border of Canada and Minnesota and there are no roads into it. It’s just a connection of lakes that are connected by portages where you carry your canoe, or rivers and creeks where you paddle from one lake to the next. You go in there, and in my experience, for the first couple of days you just feel like, ‘What’s next. What should we do? What should we do? What should we do?’ You bring the pulse rate of your life with you. 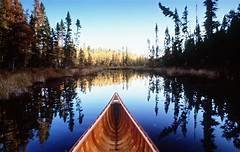 But then, by midweek, say by Wednesday, that all seems to melt away and suddenly your pulse rate is now with nature. You start to see all these things that you didn’t see before. And you start to actually look at the lake, truly, not like you would look at a postcard but you start to look at the lake. You look at the trees and you smell things and you feel things. My guess is that if we all have to go through a self-quarantine, a self-isolation, I think probably we’ll feel the real antsy, anxious sort of stuff early on. But then I hope maybe we will find that quietness, that centeredness that you and I others feel when we’re out in nature. Like I said. There could be some good things that come out of this.

coronavirus covid 19
The Puppy and the Pandemic
How to cope when the whole world grieves
Write This Down
Comments
985-245-1730
Fort Worth, Texas, United States