I Thought My Rock and Roll Dream Was Dead. Then I Read About John D. Rockefeller

This morning I used a long walk to catch up with Gary Kelly, my good friend and co-founder of our classic rock cover band called the Love Starved Dogs. Gary and I hadn’t talked since social isolation began about a month ago, and after sharing news of our families, (everyone healthy, thankfully) we discussed the future of the band.

I had gotten serious about music three or four years ago, a sixty-something who didn’t know any better, practicing guitar for hours every day and trying to teach myself to sing with on-line lessons. It was the most passionate that I had been about something since my days as a high school hockey coach.

Gary, who has been my friend for years, is also a professional keyboardist and singer who has been part of great local bands for decades. For reasons that continue to mystify, a few years ago he agreed to try and form one with me, playing the Rolling Stones, Tom Petty, AC/DC, etc., songs that everyone in our audiences would know, could sing and clap to. 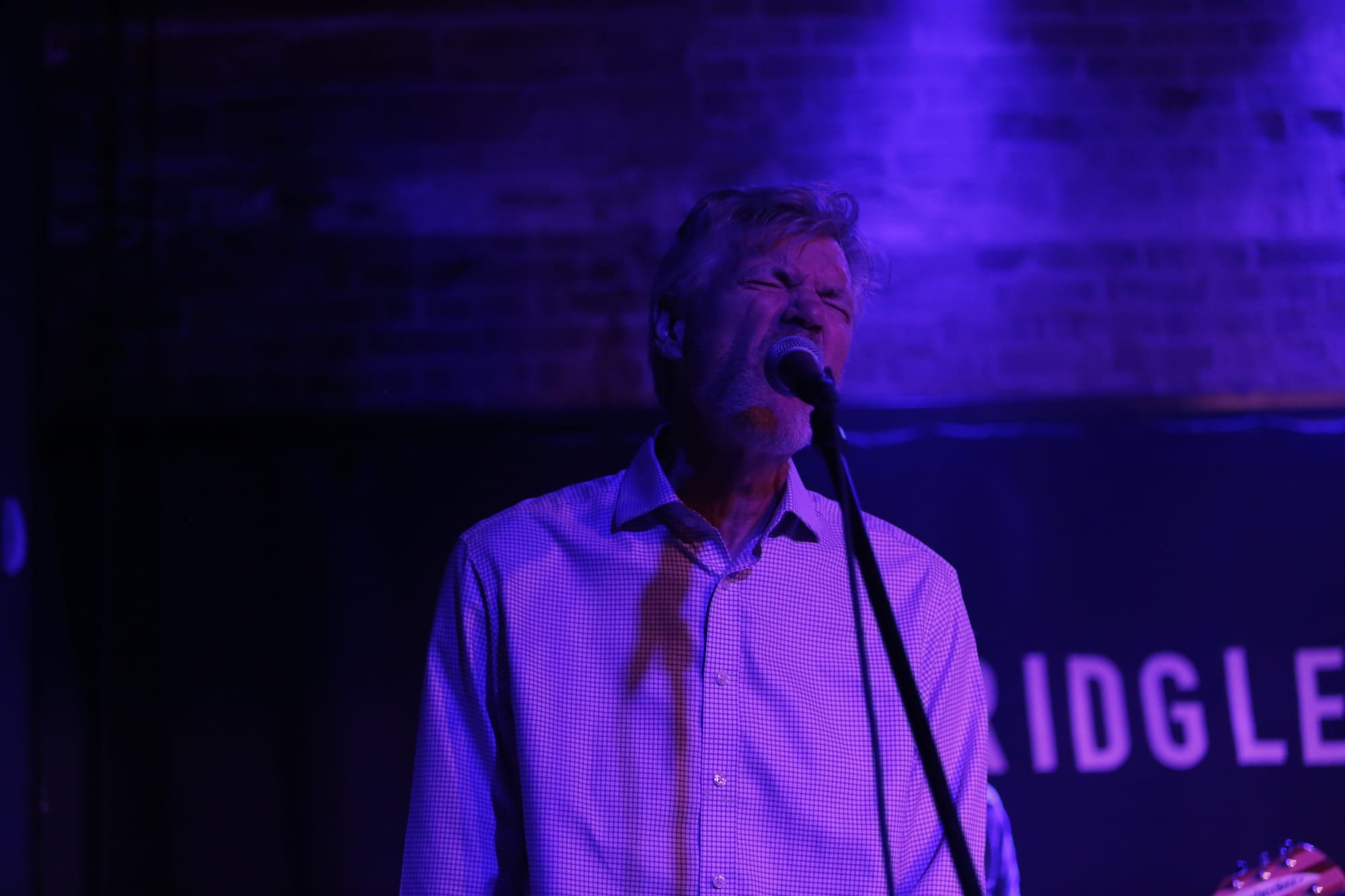 Gary Kelly in an early performance of the
Love Starved Dogs

By this spring, also somewhat miraculously, we had been joined by three other great pros, drummer Danny “Cisco” Cortez, guitarist/vocalist Randy Hudson and guitarist/bassist Dave Opalecky. Big gigs were planned for March and April. Then, of course…thud.

Given the uncertainty of the times, when Gary and I spoke today, we agreed that trying to predict when (or if) the band might get back together was only an invitation to misery. Best to try and stay in the day.

Easier said than done. I was walking through Trinity Park when our call ended, and almost immediately I became aware of an intense sadness, one that I realize had been percolating since our last rehearsal six weeks ago. Now, I know that others have it much, much worse than me in our world today. But I have also learned I don’t have to justify my feelings or compare my suffering to others. The notion of having a musical dream ended before it really began is…deeply painful. 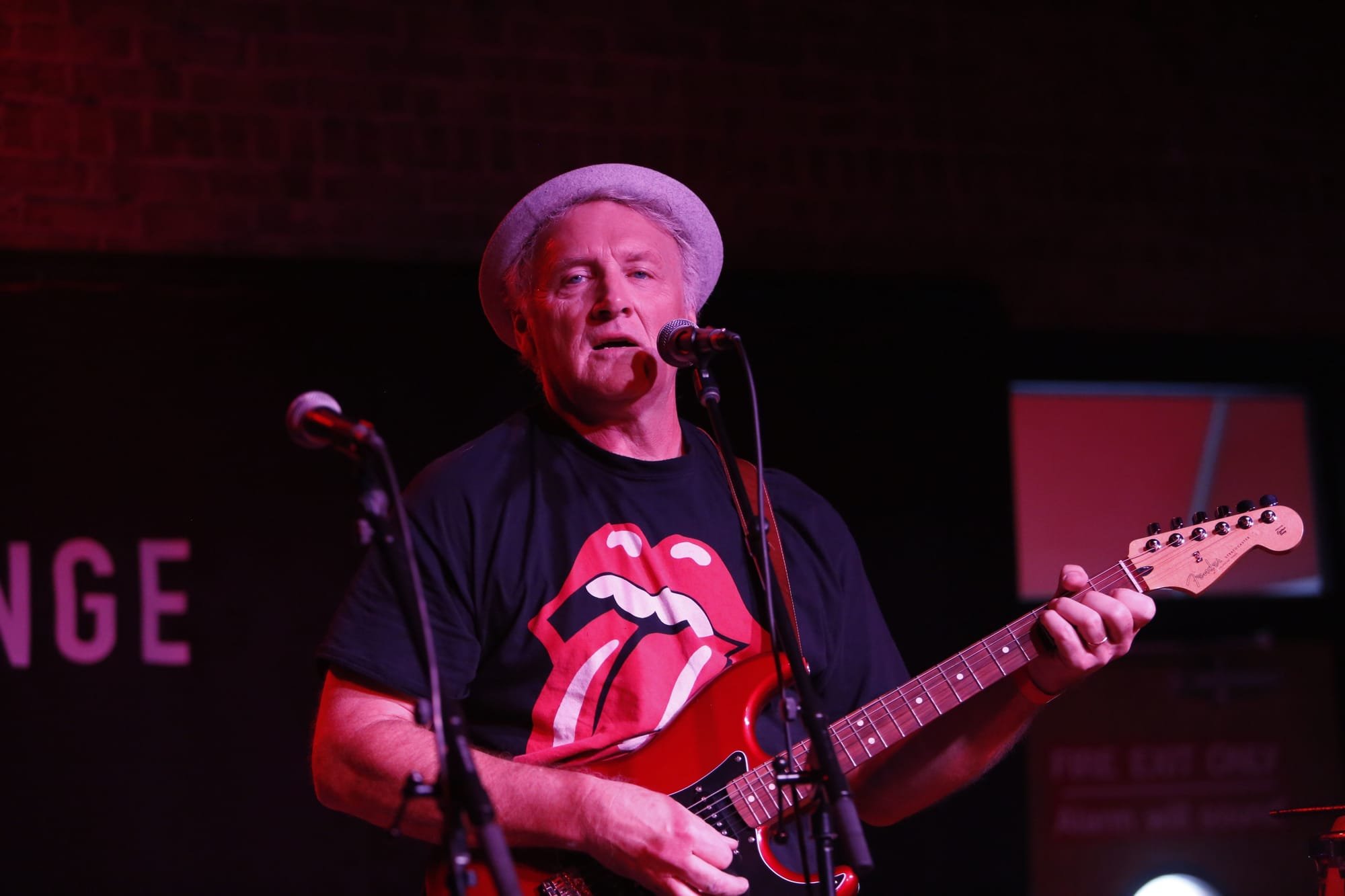 The musical dream, before the world changed.

Which brings me to the real point of all this. A few hours before I talked to Gary, I noticed an essay by a writer named Ryan Holiday had shown up in my email box. It was titled: A Crisis Can Make You Better, But Only If You Have This Mindset. Don’t ask me why, but a few hundred yards after I hung up with my friend, with those difficult feelings washing over me, I stopped in the park, pulled out my phone and read Holiday’s piece.

He told the story of John D. Rockefeller, the son of a criminal who had abandoned his family. Despite that difficult upbringing, by the mid-1850s Rockefeller had established himself as a small-time financier in Cleveland. Then came the Panic of 1857 and a national depression that lasted several years, not to mention the Civil War.

“It was a situation similar to what we’re in today with COVID-19,” Holiday wrote. “Businesses closed, the stock market plummeted and bankruptcies skyrocketed. Rockefeller could have gotten scared. Here was the greatest market depression in history and it hit him hard just as he was finally getting the hang of things. He could have pulled out and run like his father. He could have quit finance altogether for a different career with less risk. 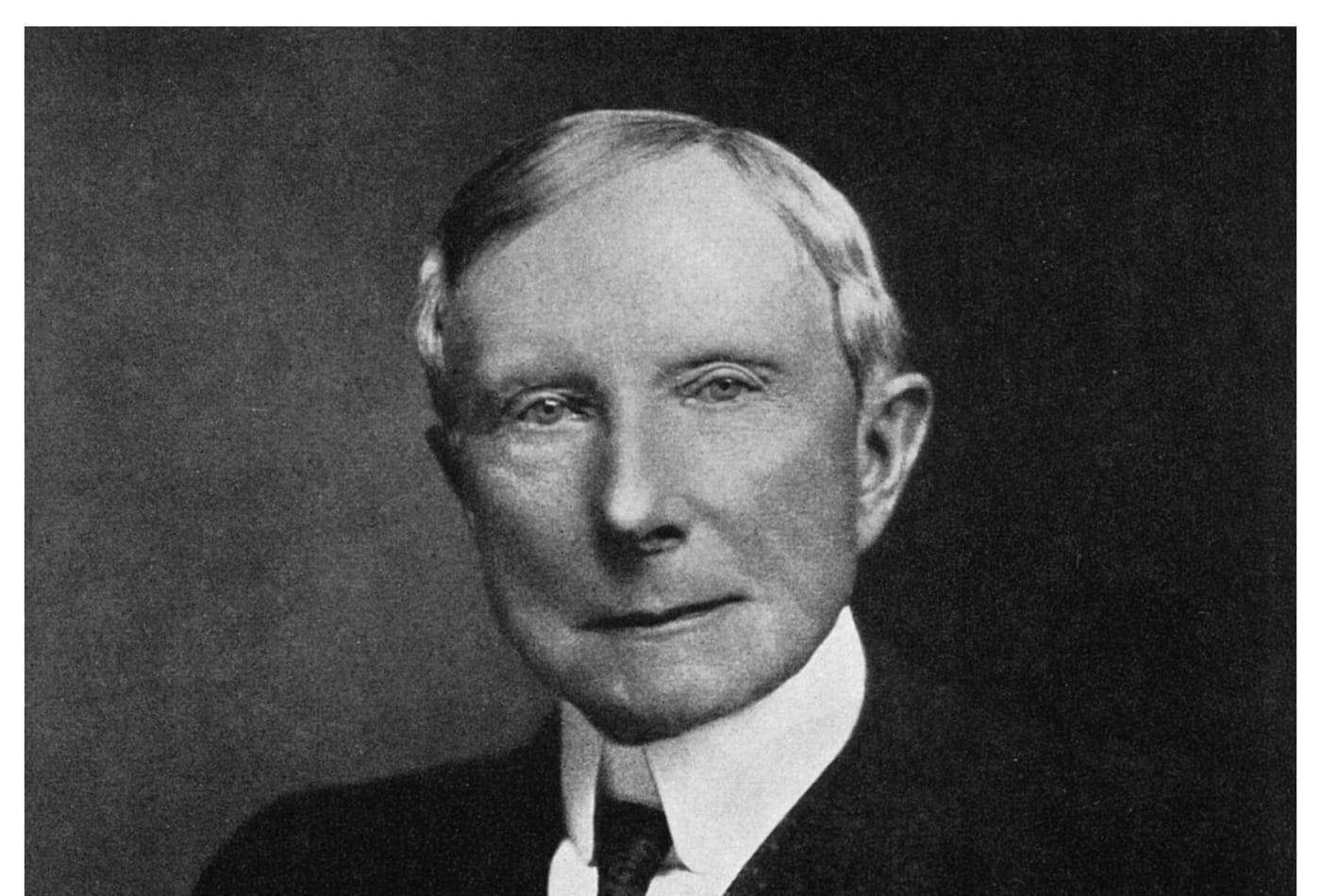 John D. Rockefeller“But even as a young man, Rockefeller had sangfroid: coolness under pressure…And so instead of bemoaning this economic upheaval, Rockefeller observed the momentous events. Almost perversely, he chose to look at it as an opportunity to learn, a baptism in the market.”

In his essay, Holiday noted that few people (then or now) reacted as Rockefeller did, “without the pestilence of panic and fear.” (A wonderful phrase, don’t you think?) Holiday also invited his readers to be like the famous industrialist, to “see an opportunity in every disaster, and transform this crisis into an education, a skill set, or a fortune. Seen properly, everything that happens is a chance to move forward.”

When I finished the essay and had continued walking, I noticed that something had shifted inside of me. Instead of being focused on my sadness, I found myself asking this question: What is my opportunity here? The answer was immediately obvious. To double down on guitar practice and the ongoing attempts to improve my singing. (I also plan on drafting my wife into my new band of two, assuming she’s not too expensive. "I've always loved to sing harmony," she told me today. "You can't sing harmony alone.")

I’m now confident that a new musical opportunity will present itself—six months from now? A year? Longer? But when it does, I plan on being very well prepared to meet it.

And the moment it’s safe, the Love Starved Dogs will be back to host the party of all parties. We look forward to seeing everyone again.

Until then, what is your opportunity?