'It felt so, so visceral. So I just wept.' My conversation with Nicole Kassell, director of Watchmen

A few weeks ago, when Damon Lindelof accepted an Emmy award for the HBO series Watchmen, he wore a dark blazer over a black t-shirt that bore the words, “Remember Tulsa ’21.”

“We dedicate this award to the victims and survivors of the Tulsa Massacre of 1921,” Lindelof, the show’s creator, said as the cast and crew stood behind him. “The fires that destroyed Black Wall Street still burn today. The only way to put them out is if we all fight them together.”

His t-shirt referred to the worst episode of racial violence in United States history, an atrocity that began on the evening of May 31, 1921. By the following afternoon, a white mob numbering in the thousands had left the uniquely prosperous Greenwood community of Tulsa, known as The Black Wall Street, in smoldering ruins. Up to 300 people were killed and thousands were left homeless. The fires had scarcely been extinguished when the atrocity disappeared from history, part of a decades-long conspiracy of silence.

Lindelof first learned about Tulsa in 2014 while reading an Atlantic magazine article by Ta-Nehisi Coates, The Case for Reparations. The filmmaker immediately launched an internet search into the massacre, and ordered and read my book, The Burning: The Tulsa Race Massacre of 1921. All of which led to a fateful artistic choice, to begin Watchmen with a haunting depiction of the massacre, as witnessed through the eyes of young African American boy.

In the sepia toned shots of Tulsa ‘21, weaponized biplanes buzzed low over widespread panic on Greenwood Avenue, where members of a white mob looted African American businesses and set them to flame. A black man emerged from one, his clothes blazing. A woman who moved to help him was shot down by a white man wearing the robes of the Ku Klux Klan. Greenwood’s iconic Dreamland Theater exploded and crumbled. In the street lay a tattered copy of a white owned newspaper that bore the banner headline, “To Lynch Negro.”

Because Watchmen was inspired by a DC Comics series of the 1980s, and because of the surreal horror that was depicted, many if not most of its viewers assumed that the opening scene was fictional. Shock spread across social media with the realization that it was not, and was in fact based on historical events. (Filmmakers have said that they drew on accounts in my book, among other sources.)

In a conversation a few weeks ago, Watchmen director Nicole Kassell told me that she also had been unaware of the massacre until a conversation with Lindelof early in the show’s production. 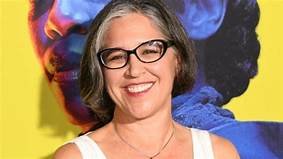 “When we started talking about Watchmen, Damon and I got on the phone and he told me what he was doing,” Kassell said “So reading the script that night and the next day is when I learned about it. I was shocked and disturbed that I had not been taught this, and there was the awareness of how much we had not been taught.

“As a woman growing up, I was much more aware of not being taught about significant women throughout history, or not seeing them in the media,” she said. “This just took it to a whole other level, the history of black people in this country. It’s a level of horror that I just can’t begin to truly comprehend, where you are a citizen of this country and your neighbors attack you unprovoked and there is no justice brought.”

I’m sure I wasn’t the first to tell Kassell that those few minutes at the beginning of Watchmen had done more to restore Tulsa to history than anything in nearly a century. More of our conversation is shared below.

Tim: Tulsa ’21, the opening sequence of Watchmen, is just a few minutes at the beginning of a nine-part series. Were you surprised at the impact of the Tulsa scenes?

Nicole: It did not surprise me that viewers had the same reaction that I did when I read the script, that it was a true story. The vast majority of people we talked to while making Watchmen were also learning about it through the script, through making the show, so that it would resonate with the audience in a similar way was not a surprise. I could have never anticipated or hoped for the show to reach that vast an audience. It was wonderful that it did, and therefore, the story of Tulsa ‘21 did as well.

Tim: When did the impact sink in?

Nicole: I don’t go deep on social media, but I remember hearing that after the pilot aired, there had been at least 500,000 internet hits that night of people researching the massacre of Tulsa, to find out if it was real. I palpably felt that even if the show failed from that moment forward we had done our job. I would feel proud and like I contributed something to the world from just that night alone.

By the way, I haven’t got a chance to say thank you to you. Damon told me about your book and I read it right away. The book is amazing. I’m curious, how did you come to it?

Tim: It sounds like I had pretty much the same reaction that you and Damon did when first learning about Tulsa. It was twenty years ago for me. An editor at my newspaper told me about what happened, and we both were stunned that something so terrible could have occurred without anyone knowing. She assigned me to do a newspaper piece on the massacre, which led to the book.

Tell me about your process in depicting the massacre. I thought it that it looked pretty much as I would have imagined, eerily so.

Nicole: It was an incredible burden, telling the true story and somebody else’s story, so it was really important to me that it we be as truthful to it as possible and not do anything gratuitous or salacious. All of those vignettes you see are based on stories from your book or research done with my team. I tried to be as truthful as I could to the research.

And then, number two, was to anchor it in that boy’s point of view, so that we’re in the shoes of that little child, witnessing things that are going to be memories. His mind is being branded with these horrific images. I did that because, again so it didn’t feel voyeuristic, but more to put us in the shoes of somebody fleeing for their lives and watching their friends and neighbors and their family be murdered, so that we could really feel it, feel the horror.

So yes, it was two-fold. One was to do justice to a real story, and secondly, to show that these are the memories, this is the experience that is going to inform this little boy’s entire life.

Tim: Twenty years ago, I interviewed survivors who were children when it happened. You’re right on. Eight decades later, it felt to them as if it had happened yesterday.

In another vein, I read that you had the set blessed by a minister before you began shooting the Tulsa scenes.

Nicole: You did. It happened to be that our first day of filming the pilot was the anniversary. We were filming on May 31, 2018. And I was really thinking about how to honor the victims of the massacre and to bring together the group of people who had to go through the harrowing act of recreating these events. I read before they shot the bridge scene in (the movie) Selma they had the set blessed. When I read that I knew that was a perfect way to take a moment of reverence before we dug into two days of really hard work.

(The minister’s) speech and blessing were just profoundly moving, and it just really set the right tone, that we are here out of respect and reverence for those who were lost and for those here doing this work.

The minute you start actually working, the focus becomes very technical. I had to really close myself off emotionally to stay laser-focused on producing these shots. I had to close off my heart to what was happening. Of course, when we were shooting the scene I was very analytical about it, but the blessing at the beginning just allowed us to open our hearts wide, and know that we’re all here together, and in this together and taking care of each other. It was a profoundly beautiful way to start the shoot as a whole and to kick off those two days.

One of the best moments for me was actually in between takes, and seeing actors sitting on a bench laughing with each other, even though moments before they were being violent towards each other. That told me how okay everyone was.

Tim: When did you allow yourself to feel again?

Nicole: I think the night I watched it air, I was just so nervous about how the show was going to do. But there was one time, I’m trying to remember. It was this spring. I can’t remember if it was pre-George Floyd or after. Either way, we were doing a promotional Zoom event when they would be showing clips and asking questions about it. In advance of the interviews, I watched the clips they had selected and Tulsa ‘21 was one of them. I choke up thinking about it. I watched it and turned it off and had just a huge cry. I think I finally had space enough from filming it, and with the show being released and with what was going on in the world, it felt so, so visceral. So I just wept.”