Jeff Daniels as Atticus Finch: "The role of a lifetime."

In the last decade or so, I’ve become an admirer of Jeff Daniels, the actor who came to prominence as the goofball character (with Jim Carrey) in the 1994 movie Dumb and Dumber. But it's been his later work, hardly of the goofball variety, that I've found so compelling. Daniels was the brooding anchorman in HBO’s The Newsroom; the womanizing FBI agent desperate to prevent the terror attacks of 9/11 in Hulu’s The Looming Tower; the villain in the wonderful Netflix western, Godless. Daniels has indeed become the prince of premium cable, with two Emmys to show for it.

But his most recent role might be the most important and intriguing. Last December, Daniels took the New York stage as Atticus Finch in Aaron Sorkin’s theatrical adaptation of To Kill a Mockingbird.

My wife and I saw the play a few days ago, traveling from Texas to find our seats in the balcony of the historic Shubert Theater. We joined the applause as Daniels first took the stage in the trademark light colored suit and dark-rimmed glasses of his iconic character. Three hours later, she and I were emotionally spent and neary speechless as Daniels and a remarkable cast took their final bows. 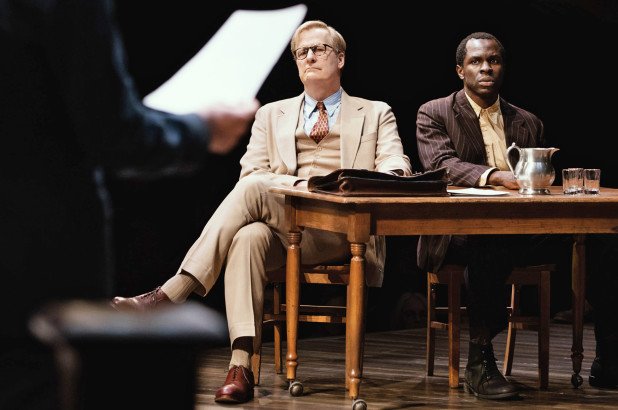 Jeff Daniels and Gbenga Akinnagbe in To Kill a Mockingbird

It was that rare occasion when experience exceeds lofty expectation. That was due in large part to the genius of Sorkin, who came to fame as the creator of television’s The West Wing. In subtle but powerful ways, Sorkin puts his own mark and a contemporary twist on Harper Lee’s story of racism in the Deep South of the 1930s.

Yes, most of the original plot remains. A black man named Tom Robinson is wrongfully accused of rape by a teen-age white girl, Mayella Ewell, and her virulently racist father. (Sorkin has said that Bob Ewell’s most vile rants were lifted from comments on the Alt-right website, Breitbart.)

Atticus is the small-town lawyer who risks local condemnation and physical harm by agreeing to defend Robinson, which he does with unstinting courage. At the same time, Atticus endeavors to extend compassion and understanding to his bigoted neighbors, often in Fred Rogers-like terms. Fred said that it’s much easier to love someone when you know their story. In Atticus speak, you cannot judge people without first living in their skin or walking in their shoes. For all their faults, Atticus maintains, his Alabama neighbors are good at heart. 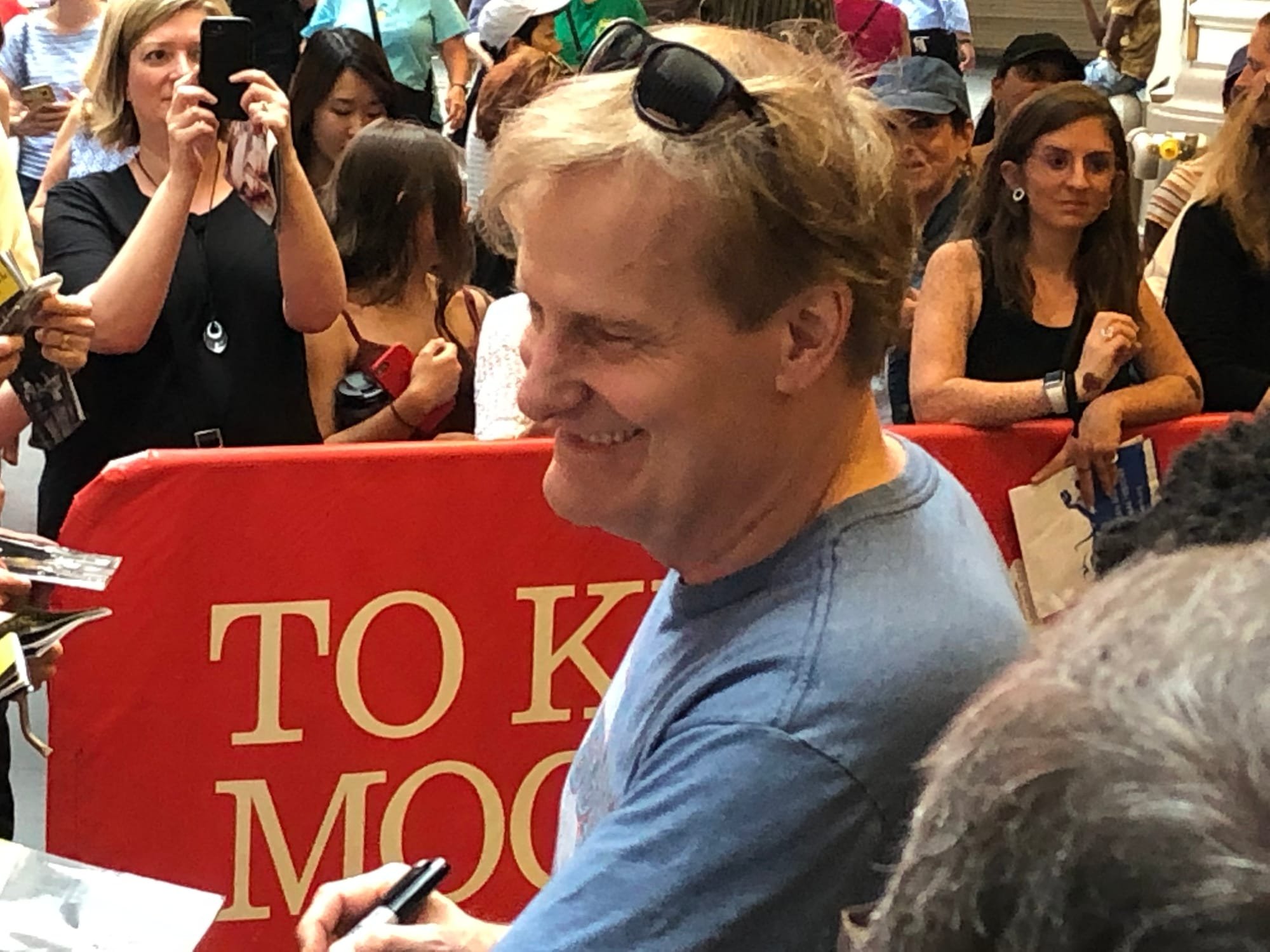 Daniels greeting fans after the playBut here, unlike in the novel, Sorkin does not let such equanimity stand unchallenged. Atticus is confronted by his son, Jem, and his black housekeeper, Calpurnia, for rationalizing evil and failing to name it. To Calpurnia, Atticus is guilty of naivete, to Jem, cowardice. These were satisfying and cathartic scenes for all of us who have have been tempted to give in to our own worst impulses in the last few years, who have chosen to bite our tongues as hatred, racism, fear-mongering and incivility have gained such currency in our country and world.

But then Sorkin's Mockingbird becomes a parable about the folly and danger of judging other people. The town drunk, it turns out, is anything but. Boo Radley, the ominous and hidden presence for most of the play, is revealed as…Well, anyone who has read the novel or watched the 1962 movie (starring Gregory Peck) knows. The play is an exercise in spiritual whiplash.

None of the above does justice to the words of Sorkin or the performances of Daniels and so many others. Daniels is remarkable, and is favored to win a Tony award this Sunday. But he also serves as the foil for the others on stage, inspiring then receiving the remarkable acting of relative unknowns. In my mind, the most gut-wrenching and effective performance was by Frederick Weller, who played Bob Ewell with a spellbinding, hateful fury. I thought the scenes between Atticus and Ewell were the most viscerally powerful.

After such a trancendent experience, it’s tempting to view these artists as somewhat superhuman, apart from and above the rest of us. Then, after the matinee performance, my wife and I stepped into a cloudy afternoon, joining a crowd behind barriers outside the stage door.

The young actor who played Tom Robinson, Gbenga Akinnagbe, came out first, chatting easily and patiently with the autograph seekers. A few minutes later, Daniels himself emerged in a blue t-shirt and jeans, sandy hair askew. He signed his way down the barrier, making his way to the place where we stood. As he got closer, his exhaustion was obvious, small wonder after eight gut-wrenching performances a week since December.

"A brilliant performance," my wife said.

"Thank you very much," Daniels said.

“The memory of a lifetime,” my wife said.

Daniels looked at her.

“The role of a lifetime,” he said.

Then he signed the last playbill and ambled off toward a waiting car, with only a few hours before  he would again take the stage as one of literature’s greatest characters.