My Coming Book: On Medicine's Finest, and Another Remarkable Guy Named Fred

I met Fred Claire about this time last year on my first visit to City of Hope National Medical Center near Los Angeles. Fred, his wife, Sheryl, and I talked for two hours that first day, sitting in the shade outside a research building on the sprawling campus. Fred never let on then that he was in terrible pain from an infection in his cancer-ravaged jaw. Instead, the former general manager of the Los Angeles Dodgers kept turning our conversation back to the men and women of City of Hope who were fighting to save his life.

“I want the world to know how I feel about these people,” he told me that day. “I couldn’t invent this. Nothing is contrived. Everything is real. This is the greatest team I’ve ever been involved with. I’ve known great players and great teams. I’ve never had the opportunity to be involved in anything like this.”

The Claires and I would visit on dozens of other occasions during the research for my latest book, coming July 1, Extra Innings: Fred Claire’s Journey to City of Hope and Finding a Remarkable Team. During some of those conversations, I listened as Fred and Sheryl recalled his remarkable baseball career. Many will still remember the spring night in 1987 when Al Campanis, then the veteran Dodger general manager, went on television’s Nightline and made some jaw-dropping remarks about African Americans in baseball. Campanis was quickly fired and team owner Peter O’Malley called on Fred Claire to take his place.

Eyebrows were raised around baseball. Fred had been a longtime marketing executive with the team, widely admired for his character, work ethic, and ingenuity. But he was a former sportswriter with no experience in player trades and roster construction. It was thought that other, more experienced, general managers would trade him blind. Yet just a year later, the Dodger team that Fred built shocked the baseball world by winning the 1988 World Series. 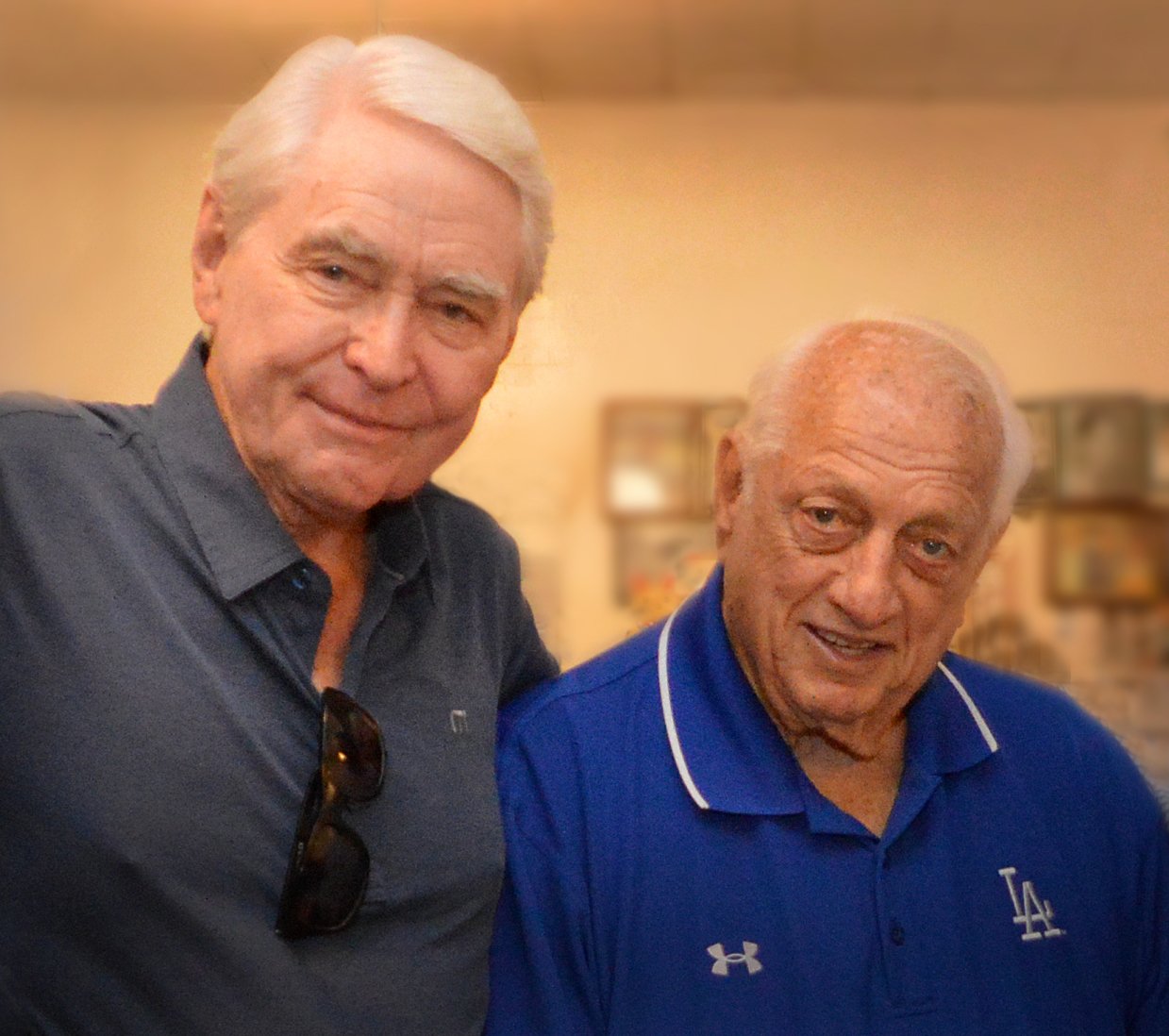 But Fred’s greatest challenge would come long after he left the game. In 2016, skin cancer that began on his lip had spread to his jaw. With his life on the line, the eighty-year-old man found his way to City of Hope in the Los Angeles suburb of Duarte.

On the same trip that I met Fred, I also sat down with some of the world’s most renowned clinicians and researchers who are on staff at City of Hope. We discussed recent breakthroughs in cancer treatment, particularly as they applied to Fred’s case. Doctors and scientists there have long been at the cutting edge of medical research when it comes to cancer, diabetes and other maladies. City of Hope is now fully engaged in the international effort to develop therapeutic drugs and a vaccine to combat covid-19.

But what I will always remember most about that first visit was how much the City of Hope people reminded me of another friend of mine, Fred Rogers, the icon of children’s television. I recognized the same qualities—deep presence, profound compassion, kindness, and wisdom—and came away believing that City of Hope is a model not just for medicine, but for humanity more generally, particularly in this historically difficult moment. I will be sharing much more about the medical center and its people in the weeks and months to come.

Fred Claire also soon began to remind me of that other Fred, particularly in this important respect: the utter consistency of his character.

Many of you know that Fred Rogers and I became close friends in 1995 and remained so until his death eight years later. During those years, I remembered wondering when the television personality might even occasionally slip into behaviors that were more recognizably human—pettiness, impatience or thoughtlessness. In our times together and in scores of pieces of correspondence, Fred Rogers never did.

Similarly, Fred Claire has rarely wavered in his fierce adherence to a moral code: Tell the truth. Work hard. Be humble. Treat others with decency and kindness. I spoke with dozens of Fred’s friends and former colleagues inside and outside of baseball and each confirmed this.

An often-cited example came in the 1988 National League playoffs when Fred's Dodgers faced the New York Mets in New York. At a crucial moment late in one of the games, Dodger pitcher Jay Howell was caught by an umpire with a prohibited substance, pine tar, on his glove. Howell was dramatically tossed from the game. Choruses of “Dodgers cheat!” rained down from Shea Stadium.

In the litany of sins, cheating is toward the top of Fred Claire’s list. After the game, he stormed into the office of manager Tommy Lasorda, insisting they be joined by Howell and pitching coach Ron Perranoski.

“I don’t know what the hell happened out there today, but I have only one thing to say,” Fred told them. “No matter what happened or what the background was, the only thing we say to the National League office is the absolute truth. Anything other than that is unacceptable to me. We are all in this situation together, and we will face it together.”

To Los Angeles Times sports columnist Bill Plaschke, it was one of Fred’s finest moments: emblematic of his character.

“Today, Jay Howell would have hid behind his agent or attorneys, and it would have been a national scandal,” Plaschke told me last year. “Fred made him talk about what he did, admit what he did, so they could put it behind them, and this was in the middle of the post-season. That’s toughness.”

There is another very important aspect of Fred Claire’s code: service. He would always remember the words of Dodger legend Jackie Robinson, who said, “A life is not important except in the impact it has on other lives.”

When his baseball days were done, Fred spent much of his time in college classrooms, and in addition to his teaching, he became known for his willingness to mentor any person who sought his advice or assistance. A generation of former major leaguers continue to call him for help or counsel.

It was in the fall of 2016, during a chemotherapy session, that Fred conceived of his celebrity golf tournaments to benefit City of Hope. At the time he had a twenty percent chance of survival.

“I said to myself, ‘I’m getting all the help. What is it that I can do?’” Fred recalled.

I think I’ve had more pure fun working on this book than any of those previous. There is a lot of baseball in the Extra Innings narrative. During my research I had the opportunity to interview several ballplayers and broadcasters I admired as boy or younger man. Imagine hearing the famous voice of Vin Scully at the other end of a cell phone call. I had two long interviews with Kirk Gibson, the rugged superstar who hit one of history’s most famous home runs in the 1988 World Series. That dude is a hoot.

But the real story of the book is the gut-wrenching cancer journey taken by Fred and Sheryl, and the medical exemplars at City of Hope who shared that journey with them.

“This is far more than a baseball book, it’s a humanity book, and its pages abound with different heroes from different worlds, from [Dodger legends] Orel Hershiser and Mike Scioscia to City of Hope surgeon Dr. Thomas Gernon and patient navigator 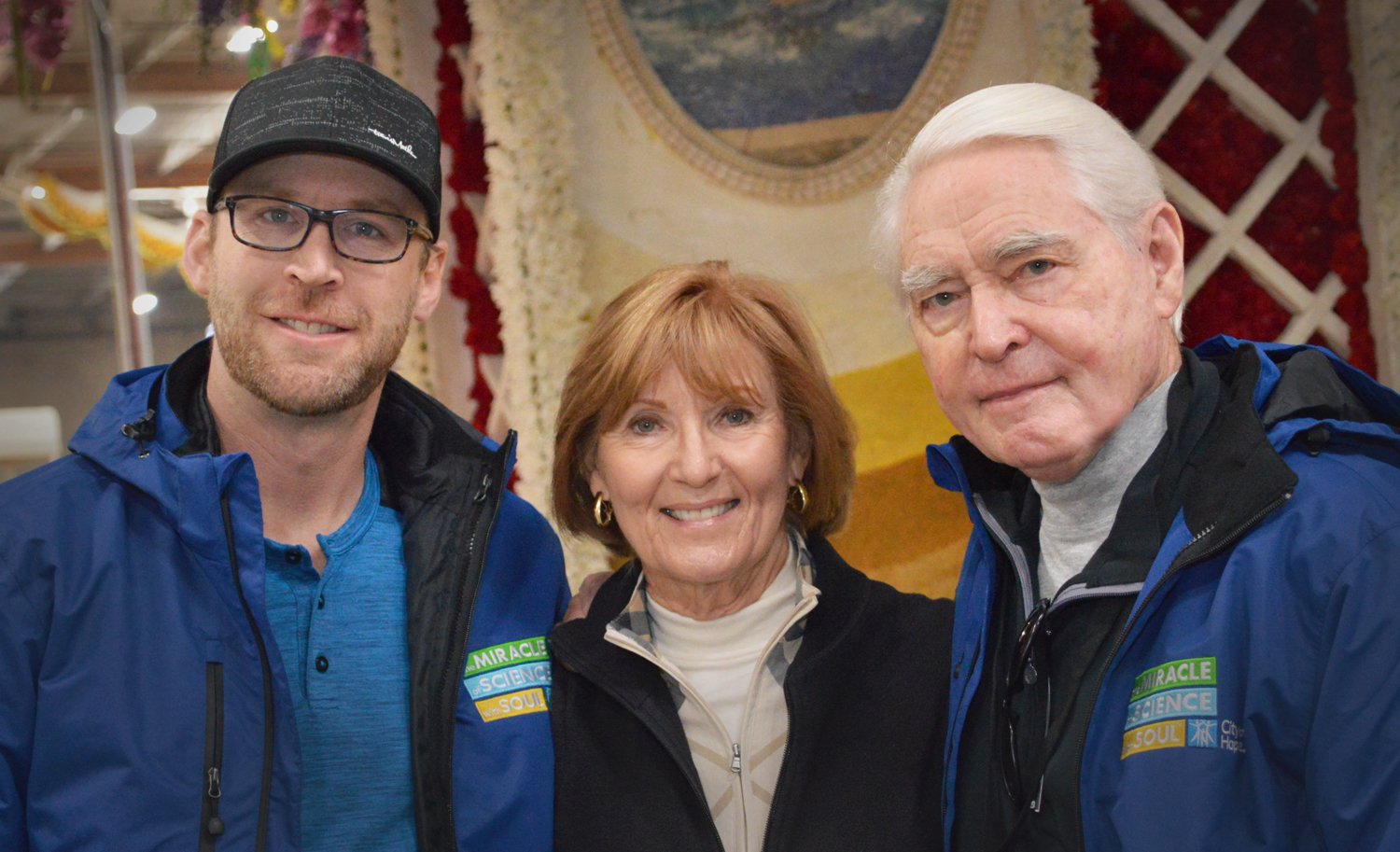 City of Hope surgeon, Dr. T.J. Gernon, with Sheryl and Fred Claire.Lupe Santana,” Plaschke wrote. “I was lucky enough to cover the honorable Claire during his successful nine-year regime as Dodger general manager. He was the most honest and integrity-driven sports executive I’ve ever met, yet I am more awed by his battle with cancer and insistence that the City of Hope be celebrated in the same manner as his champion Dodger team.”

I believe that this book will be as inspiring and impactful as any I’ve written. As Plaschke said, it is a celebration of the human spirit. As such, I think Extra Innings is a book for our times.

Extra Innings: Fred Claire’s Journey to City of Hope and Finding a Remarkable Team will be published on July 1. To preorder the book click here.

City of Hope skin cancer Los Angeles Dodgers Fred Claire
Body and Soul: How California's City of Hope is a model for the future of medicine, and an example for us all
How Cancer Led to Reconciliation Between Fred Claire and Tommy Lasorda: an Excerpt from Extra Innings
Comments
985-245-1730
Fort Worth, Texas, United States