My journey with Central American refugees

On a winter afternoon in 1989, I climbed into the cargo hold of a crowded Ryder rental truck, finding my place amid forty-nine Central American refugees. Over the next eleven hours, on a journey from the Texas border town of Harlingen to Houston, I listened to the stories of the men, women and children, people who in some cases had walked north across Mexico to get to the United States. 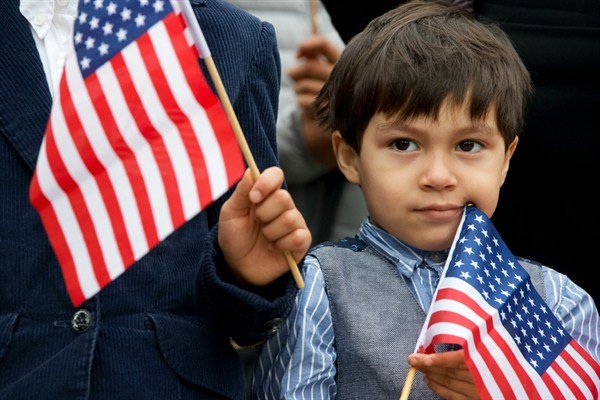 “Each could speak of suffering in the lives they left behind—civil war and economic depression in Nicaragua, civil war in El Salvador, unrest that had spilled over into Guatemala and Honduras,” I wrote a few days later in the Fort Worth Star-Telegram. “Even long hours in a crowded truck were better than that.

“And as minutes on the truck stretched on, each clung to an almost blind, perhaps naïve faith in the United States and its people—the hope that life would be better here.”

I remember how a smile seemed permanently affixed to the face of an eighteen-year-old named Richard Espinoza, whose tennis shoes dangled from the rear of the truck as we sped north. He traveled alone, penniless, with no means to get to friends in Miami, but he seemed without fear.

At one point he grabbed my pen and notebook, scribbling out a short message in English.

But for me there is so much more to the story of that day. Given our barbaric current events, I’m telling it here for the first time.

*
The refugee and immigration crisis, especially at our southern border, has been a chronic one, stretching back generations. In 1988, as conditions deteriorated in Central America, tens of thousands inundated the U.S. border to apply for political asylum, then were forced to live in border squatter camps until their claims could be adjudicated.

That changed in January 1989, when a federal judge ruled that the asylum applicants could no longer be detained in the Rio Grande Valley, and were free to travel to other parts of the country until their cases were heard. Within hours, buses bound for Houston, Los Angeles and Miami were full. Hundreds of other refugees with no money were left to hitchhike or wait.

It was big national news at the time, much like the refugee story is now, and the Star-Telegram sent me to the border to cover it. The assignment nearly broke me instead. I was a young reporter suddenly competing with seasoned journalists from New York, Washington, D.C., Los Angeles and Chicago. As many of you know, these were years of depression and self-loathing, and one the biggest assignments of my career threatened to push me over the edge.

After arriving at the border, I had hired a Spanish speaking high school student to interpret for me but returned him to his school just minutes after we met. The kid looked at me quizzically when I told him there had been a change of plans. I found a deserted country road so I could be alone if I came completely unglued. I eventually drove back to town, found a pay phone in Brownsville, called a friend and began to sob at the sound of his voice.

When the waves of emotion had subsided, I explained my assignment, and shared my fears.

“Here’s all you have to do,” my friend said. “Get in your car, drive to Harlingen, and see what happens.”

There was chaos outside the Immigration and Naturalization Service headquarters, hundreds of stranded refugees milling about. That’s where I found Kathryn Ortega, as she helped dozens of them into the back of the yellow rental truck. She told me that she and relatives had driven down from Houston to deliver four thousand pounds of rice to help feed the refugees. When the truck was empty their pleas began.

“They kept saying, ‘Please take us,’” she told me. “I couldn’t say no. This is a free ride to where they can get help.”

On the spur of the moment I asked to ride with them. My own feet soon dangled over the end of the open cargo hold as we pulled away in mid-afternoon, heading north into the country. Every few miles for the first twenty, we passed refugees in groups of three and four, belongings slung over their shoulders as they headed the same direction on foot.

Ortega translated as I listened to the stories of violence and poverty that the passengers were attempting to leave behind. Outside the truck, a setting sun cast an orange hue on sprawling flatlands where cattle foraged amid mesquite. Some of the people talked quietly as we drove. Others read Bibles. Mothers held sleeping children. One small girl in pigtails busily ate a bologna sandwich with one hand and clutched a stuffed yellow rabbit with the other.

And at some point I realized my suffering from that morning was gone. Because of them. The shared humanity in the back of that truck was much more powerful than my misery. In our cramped quarters, all but heart and soul had been stripped away and barriers of language and background were dissolved. I realize now the extent to which we are all refugees in one way or another, human beings trying to make our way in an often cruel and difficult world.

The truck pulled into a town at dusk and we stopped outside a supermarket where Ortega bought milk, bread and sandwich meat. When the passengers gathered around picnic tables at nearby park, the refugees made sure I was fed.

We set off again into the darkness. Most of the people dozed off, holding loved ones. The only sounds were the hum of the road and the beautiful tenor voice of young Richard Espinoza, who sang a plaintive folk song in Spanish.

Then something happened I will never forget. As we were jostled about in the crowded truck, I felt a tap at my shoulder. It was a young man who had pulled his daughter onto his lap, making room for me to lay down and sleep.

The truck finally pulled into Ortega’s Houston apartment complex long after midnight. I shared a meal of rice and beans with my new friends, then said my goodbyes and disappeared into a cab.

But I’ve seen their faces again this last week, on the news. Nearly thirty years later, as I think of my fellow refugees, I wonder what their lives have been like since we shared that remarkable journey. My fervent prayer is that they have found the United States everything they dreamed it would be.