The historic and poignant friendship of Tommy Lasorda and Fred Claire

I just learned of the death of Tommy Lasorda, the Hall of Fame manager of the Los Angeles Dodgers. Tommy was ninety-three and had been in poor health for several years.

The news has much deeper meaning for me today than it would have a few years ago, before I met my friend Fred Claire, the former Dodgers general manager and subject of my latest book, Extra Innings. Tommy, of course, figures very prominently in the book.

“It’s very heartbreaking,” Fred told me today, his voice breaking. “But bless his heart and thank the Lord for the opportunity to be friends for fifty years.” 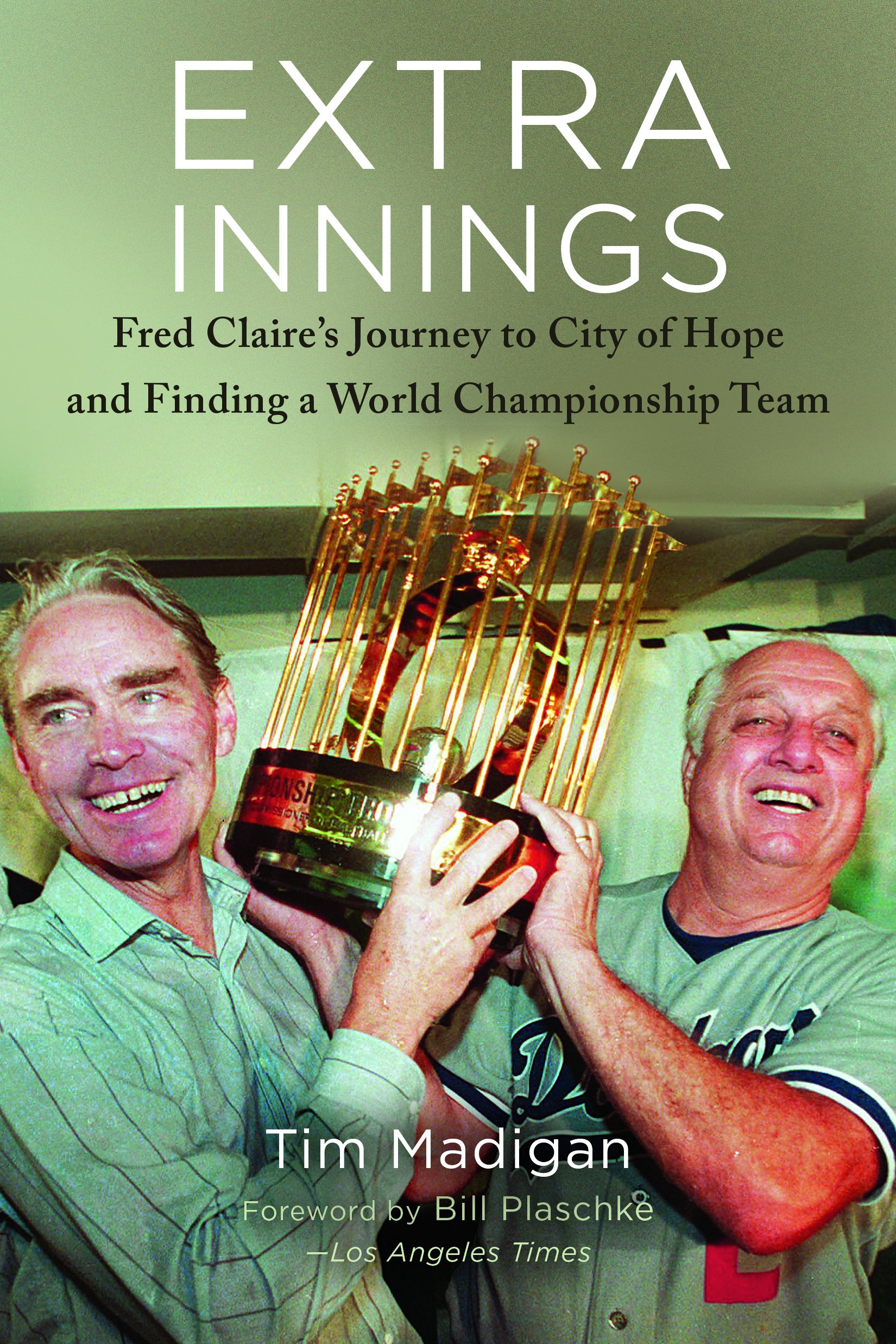 The friendship of the two men indeed dated back that far, to the days when Fred was a sportswriter covering Tommy’s minor league team. Fred loves to tell of the time that Tommy had Fred suit up for a spring training game and play shortstop, the beginning and end of Fred’s career as a pro player.

Two decades later, in April 1987, Fred was a vice president on the marketing side of the Dodgers when general manager Al Campanis made historically intemperate comments about race on television’s Nightline program. He was soon fired by team owner Peter O’Malley, who asked Fred to take over as general manager and help calm the waters of the troubled franchise. Most in baseball assumed that Fred would be there only temporarily, and would get eaten alive by more experienced baseball operators on other teams.

Instead Fred and Tommy became co-architects of a Dodger team—one of the worst in baseball in the two years previous—that upset the heavily favored Oakland A’s in the 1988 World Series. Fred assembled a gritty band of overachievers and Tommy was their colorful and masterful motivator. Most longtime baseball fans will remember Kirk Gibson’s historic pinch-hit home run in ninth inning of Game One. The cover of Extra Innings is a photograph of Fred and Tommy, jubilant and champagne soaked, holding the World Series trophy.

But the most important moments of their friendship took place more recently, when the baseball days of Tommy and Fred were long behind them. The two men had been estranged since 1998, when Fred was fired as general manager and Tommy took over as his successor. Fred, who regretted some comments he made in the press at the time, blamed himself for the falling out.

By the summer of 2017, Fred, then in his early eighties, was in the middle of a desperate battle against cancer. On June 10, he was invited to Dodger Stadium throw out the ceremonial first pitch before that night’s game.

Fred also knew that Tommy would also be at the stadium that night for an Oldtimers event. The following is one of my favorite passages from Extra Innings.

Early in the evening, as Claire and his daughters, Jennifer and Kim, walked through the stadium concourse, they saw Lasorda heading in their direction, riding a motorized scooter. His aide, Felipe Ruiz, was walking beside him. The former manager had recently been released from the hospital himself and looked frail.

He leaned and put his arm around his friend.

“I love you, too,” Lasorda replied.

Fred, of course, went on to win his battle against cancer and he and Tommy would live out the next three years as dear friends and brothers.

This morning, when I heard the news of Tommy’s death, I immediately thought about how different Fred would be feeling today had he not reached out on that night at the stadium and rekindled their bond.

“Oh my God, Tim,” Fred said. “It would have been such a loss. The message there isn’t about me, it’s about all of us. When you have the opportunity to say, ‘I love you,’ you don’t let that opportunity pass by.” 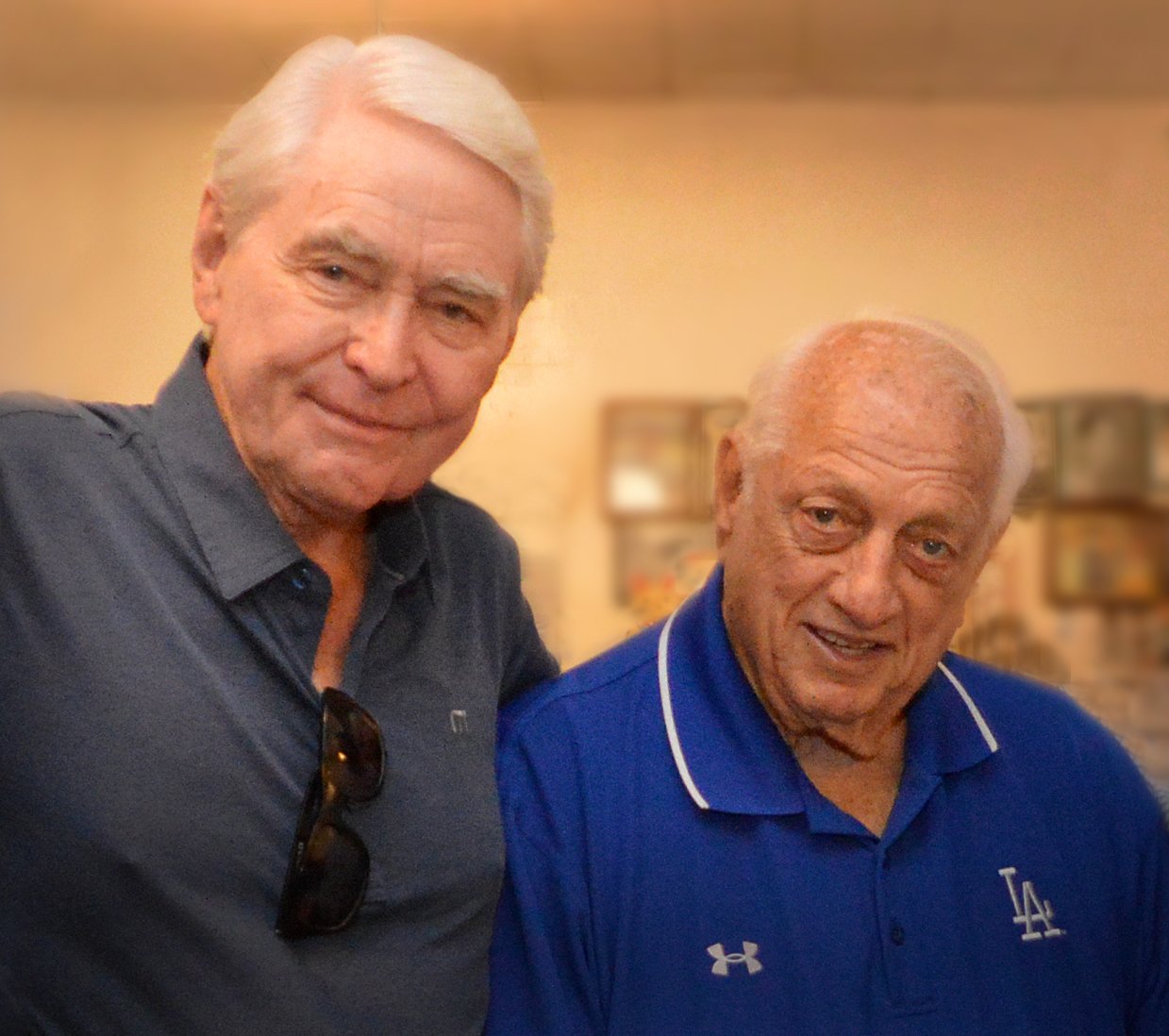