The night I saw the future

My book, I’m Proud of You: My Friendship with Fred Rogers was first published in 2006. On scores of occasions in the years since, I’ve told the story of our relationship to audiences large and small across the nation. It’s been a deeply meaningful experience every time. It seems you can’t bring up the name of Fred Rogers without changing the molecules in a room.

But a recent evening seems destined to stand out. The occasion was an awards dinner sponsored by Challenge of Tarrant County, a non-profit agency focused on the treatment and prevention of addiction. After dinner that night, I told my story about Fred to an audience of about three hundred in an ornate ballroom of the Fort Worth Club. It’s what happened next that I will most remember.

More than forty students from different high schools across the county rose from their tables and lined up to the right of the stage. Then, one by one, Challenge Executive Director Jennifer Gilley summarized why the assembled young people were being honored. 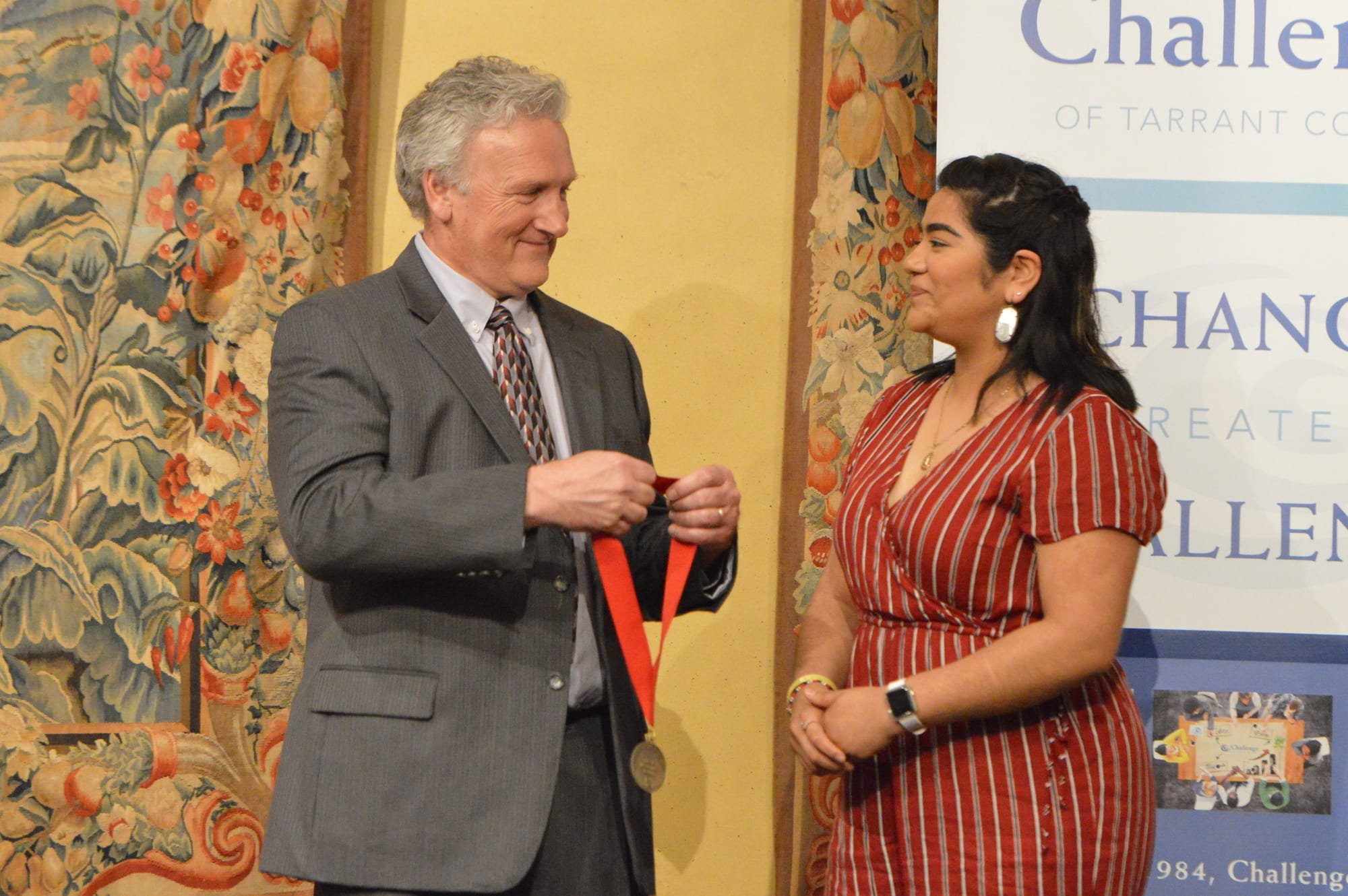 “Caroline has accumulated over five hundred and fifty hours of service hours – nine times the school requirement. (She) has brought smiles to ill children through service with the Make-A-Wish Foundation and impacted the hungry through service with Empty Bowls…In every setting she is focused, sensitive and the first to speak up if anyone is disrespected.”

“Hannah cares for friends and strangers alike and can’t notice a need without taking action to meet it. Some of her recent service projects include creating a weekend food bag program for needy youth at her school and organizing her church youth group to make blankets for residents at a local nursing home.”

“Simon cares deeply about making his school a place that’s supportive of students’ mental and emotional health. To catalyze this, Simon joined the Leading Individuals for Tolerance organization and helped develop a PSA against bullying that was shown school-wide.”

“Riley is exquisitely courageous. While fighting cancer herself, she has served as a youth mentor at Gateway 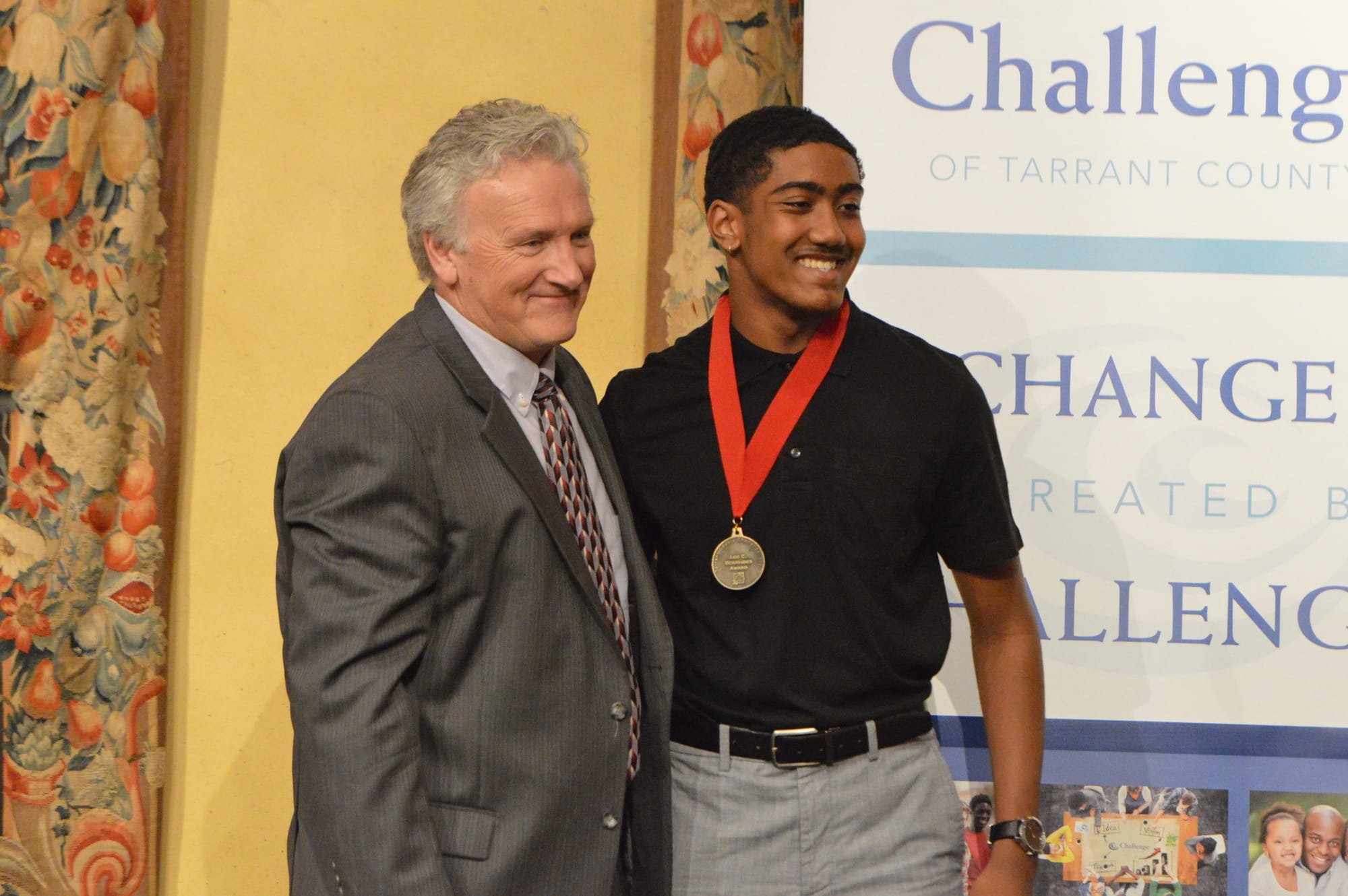 Community Church; led a canned food drive and gift drive for needy families at Christmas; led the Drug, Alcohol, Safety and Health unit at her school; gone on a mission trip to Israel; and served as an officer on Student Council. She is currently working on a project that would offer a hat to each cancer patient at Cook Children’s Hospital.”

As Jennifer told their stories, each student walked onto the stage, where it was my extraordinary privilege to shake their hands and hang a medal around his or her neck. One young person, one inspiring story after another. I could have stood there all night.

Not one of those kids had expected recognition for their good deeds. Their teachers, counselors, coaches and school administrators had been asked by Challenge to single out a student who had seen needs in their school or community and gone above and beyond to try and meet them, Tiara Nugent, a program director for Challenge, told me.

The emphasis was on compassion and inclusiveness, especially for those living in poverty, struggling with mental or physical health issues, or being victimized by others. 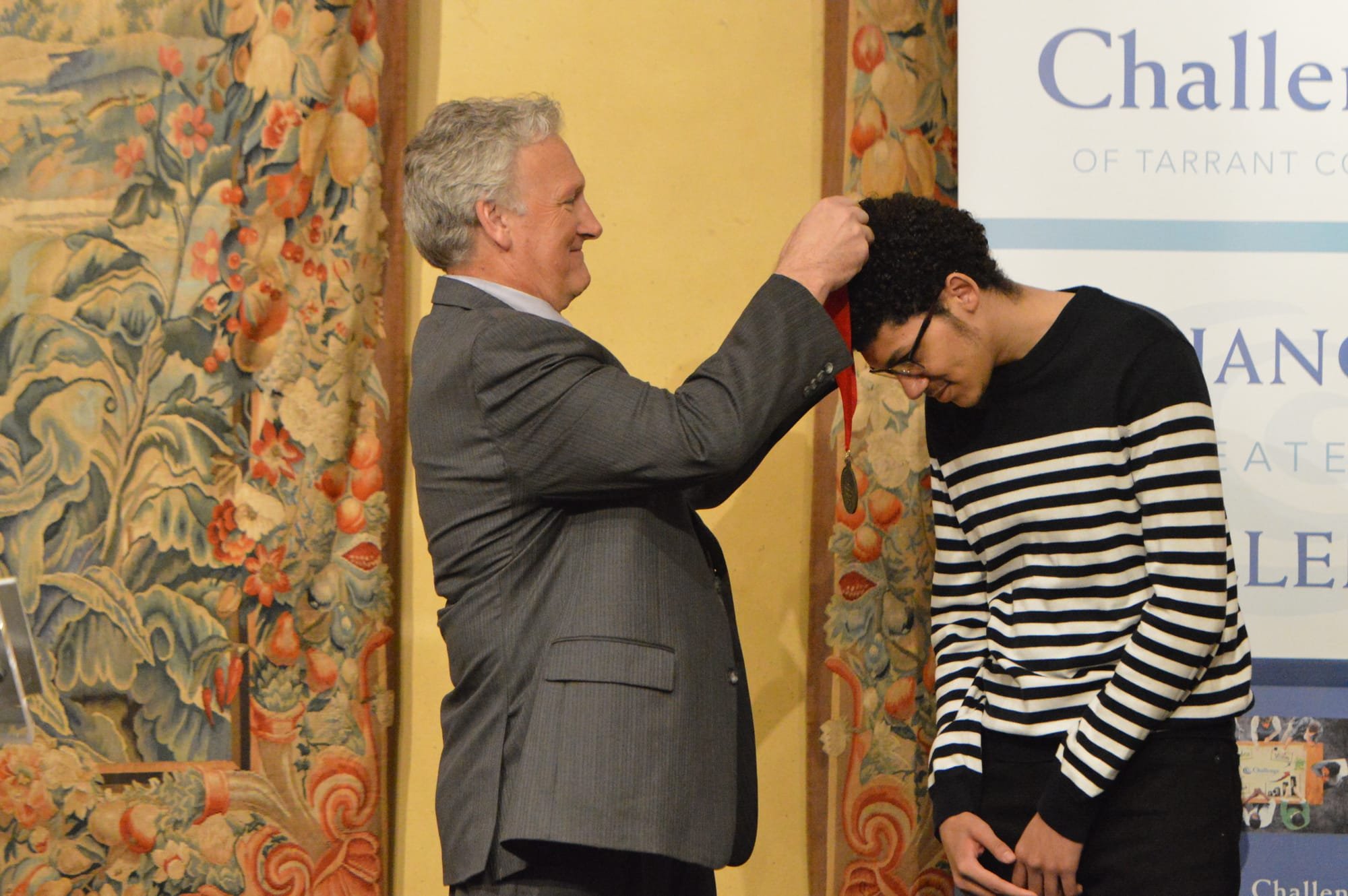 In times of trouble, look for the helpers, Fred Rogers has famously said. On that night, the young helpers assembled—from public and private schools; financially affluent kids and those who were less so; young men and women; students of all ethnicities; some recent immigrants.

I spoke with many of them after the program and listened as a few spoke candidly of their own flaws, anxieties and struggles. But they were determined to heal and overcome them, they said, not so much for themselves, but so that they could help make the world a better place.

I was not the only adult in the room struck by the contrast of those young hearts and faces, and the soul-numbing headlines of recent years, filled with hate and fear, cruelty, dishonesty and greed. 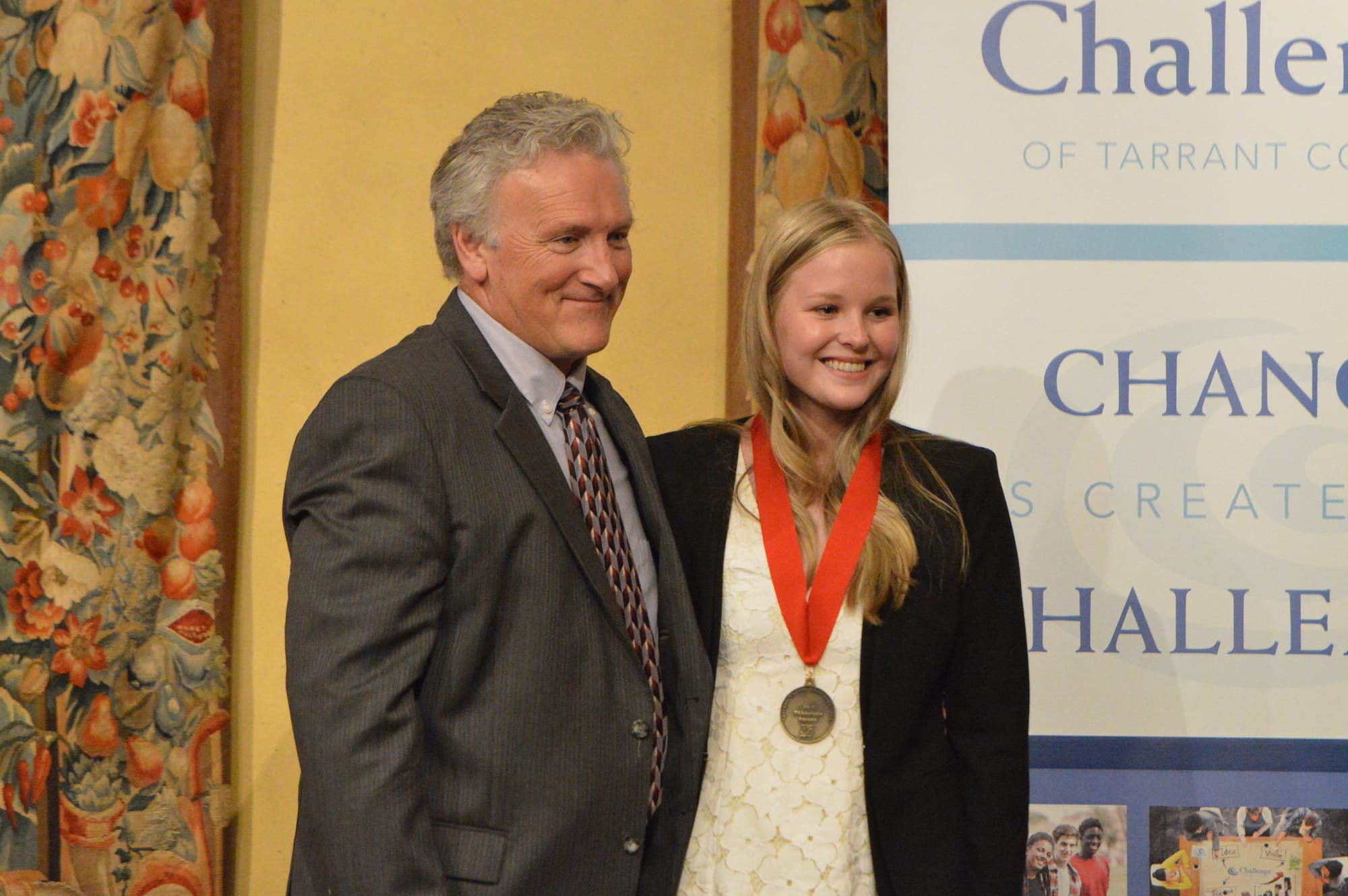 Like so many in this time, I’ve been tempted to despair. Not so much after that night at the Fort Worth Club. Those honorees heard it often from the older folks—how they restore hope. Individually and collectively, those kids remind us of who we really are.

That night I saw the future, and it is good.