A year or so ago, someone approached me at a party and said, “So how about this fake news?” By her tone and facial expression, I knew she was really saying something to the effect of, “If the president is saying it, it must be true.”

This person, of course, knew that I had spent most of my career as a reporter/writer for the Fort Worth Star-Telegram. My reply to her that night?

“I’ve never been prouder of my profession.”

That is just as true today. An aspect of the Mueller Report too often overlooked is the extent to which it ratified the years of work of the journalists covering the White House. 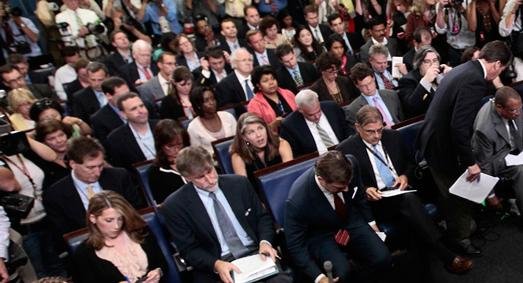 The White House press corpThis has not been by accident. Most people have no concept of the inner workings of reputable news gathering organizations such as the ones that I have had the privilege of working for over the years

This is a typical scenario:  A reporter comes to his or her editor with a potentially major scoop.

“How do you know?” the editor says.

“Who are your sources?

“How many of them say the same thing?”

Then, depending on the sensitivity of the story, that editor takes it further up the chain of command to another, and in many cases, a room full of trained, experienced people sit together in a room debating the pros and cons of publication or broadcast, making sure above all that the facts are right. You are taught early on that credibility is the coin of the journalistic realm. Given the attacks on the trade in recent years, I an assure you that this vetting process is even more intense and careful today.

That is not to say that journalists are perfect or above criticism. The human failings that afflict every other profession come into play here. The work is difficult, messy and often painful for people. But where would we be today without the press?

Yet apart from what goes on in Washington, D.C. and in the national media, there is a more subtle and insidious danger to communities like Fort Worth where the disintegration of the local paper has taken place. That has been the topic of several conversations I’ve had with community leaders in recent weeks.

One shared with me what is the most penetrating analysis of the situation that I’ve heard. It’s not the dramatic expose that’s now missing, he said. It’s the absence of reporters at city council committee meetings, or school district committee meetings, or planning board meetings. By and large, elected officials and community leaders are well-meaning people, but different decisions get made when no one is looking, he said. That’s how mistakes get made, which lead to larger mistakes, and larger mistakes, then really big problems, that could have been avoided if a bored reporter had been around taking notes at the planning and zoning commission.

Reporters don’t get assigned to these meetings today because there are not enough of them, and because the stories they produce don’t attract the clicks of online readers, and therefore, advertisers. So advertisers, not the public interest, determines what gets covered.

Journalists know they will not win any popularity contests. The people I’ve been talking to recently have certainly considered reporters to be nuisances. But it is becoming more and more clear to them, and to many of us, how corrosive and dangerous the absence of credible journalism can be to a community.

There are intensifying discussions about how to create new financial models for newsgathering organizations, especially the idea of non-profit journalism. It’s about time. We can all point to instances where our community has suffered because the watchdogs have disappeared.

As I said, I’ve never been more proud of my profession, and it needs to be restored to its essential role in our public life.