Won't You Be My Neighbor

On September 21, 1996, a sunny Saturday morning, I had settled in with a cup of coffee and the sports page when the telephone rang in our suburban Texas home. When I answered, I was surprised to hear the voice of Fred Rogers at the other end of the line. Within a few seconds I could tell that my friend was weeping.

“Tim, I just heard that Henri (Nouwen) died this morning in Holland,” Fred said. “I just had to talk to someone who understands how I feel.”

Fred and I had often discussed Henri, the Dutch priest and acclaimed spiritual writer who was also Fred’s good friend. But until that morning, Fred had listened as I poured out my tattered heart. (“Fred, I have a question to ask. Would you be proud of me?”) Now he trusted me enough to reveal a piece of his own. I realized that morning that our friendship was truly reciprocal. On a few other occasions over the years, Fred shared things that troubled him. 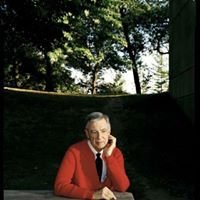 Those moments of his vulnerability are what I think about most now, after having seen the wonderful documentary, Won’t You Be My Neighbor. It poetically and tenderly documents his human greatness, but in an unstinting way.

It was said that the puppet in the Neighborhood of Make Believe, Daniel Tiger, was his alter ego and in one episode, Daniel asks if he was a mistake.

Were it not for Fat Freddy, the chunky boy who was bullied, there might not have been a Mister Rogers.

His wife said she thought Fred seeemed downcast after he filmed his last episode of Mister Rogers Neighborhood. Shortly before his death, he asked her if she thought he would be going to heaven.

All of which is to say that, yes, Fred was one of the greatest human beings ever to walk our planet, but he did not come to us from a spiritual mountaintop. He was fully human instead, a person who grappled with the inner difficulties so familiar to the rest of us. I think there is comfort in knowing this. My regard for him has only grown.

Now, thanks to the documentary and to a feature film due out next year, this wounded healer returns to us at the moment of human history when is voice and spirit are needed most. However beautifully the documentary is achieved, I think that partially explains its popularity now.

What a balm it was to hear him, and listen in a closing scene as he asked his audience to take a minute to remember those who have loved us into being.

But it was this line from Won’t You Be My Neighbor that I remember more than any other. Fred said that all of us, however broken we might be, are called to be “healers of creation.”