Next Wednesday night at TCU, I will be inducted into the Texas Literary Hall of Fame. I know. Go figure. I was happy to learn that the MC of the Hall of Fame banquet will be June Naylor Harris, a close friend since the 1980s when we were both cubs at the Fort Worth Star-Telegram.

To prepare for the event, June sent me a few questions in an email—my favorite authors, books I was hoping to write, hobbies. That sort of thing. Her last question threw me for a second. How do I want to be remembered? Then I thought of a conversation I had just last year with another friend, Tim Wright, about that very thing. Tim, a pastor in Arizona, suggested that what most guys quietly hope for is that at the end of their lives people will simply say. “He was a good man.”

A good man. A true, decent person who left the world a little better than he found it. Allow me to share a few examples.

The first is my dad, LaMoure J. Madigan, otherwise known as Myke. As I grew older and hopefully wiser, I realized that dad suffered from the same deep depression and self-doubt that seriously afflicted me as a younger person. But dad was not of a generation where people, men especially, tended to explore their pain, much less speak of it. 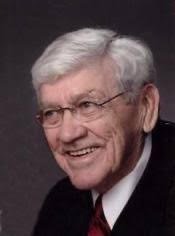 What dad did instead, somehow, was get up every morning and do the right thing, day after day, week after week, month after month, year after year. He supported a family of seven kids with 12-hour days at the lumberyard he owned. He was unfailingly faithful, supportive and loving to my mom. He never missed a ball game, recital or school function. He was said to be one of the most honest businessmen in the small town where I grew up. He was a person of deep Catholic faith, and if there was one explanation for how he managed to endure, it was probably that. He was kind and thoughtful and gave great hugs, especially as he grew older.

Dad died in June 2011 after suffering nobly for several years with Alzheimer’s disease. Yesterday I reread his obituary for the first time in years. “a selfless man who inspired so much devotion from his family and friends,” it said. Truer words were never written. I miss him every day.

The second example is my brother-in-law, Mike McMahon. It’s almost eerie how he and my dad share so many important traits of character. Same quiet but fierce devotion to his wife, children and grandchildren. A hardworking guy of few words. Same integrity. Same decency. Same humility. Same kindness. Mike’s hugs don’t quite measure up to those of my dad, but nobody’s perfect. He adores his sister, my wife, Catherine, and is fiercely loyal to her, too. 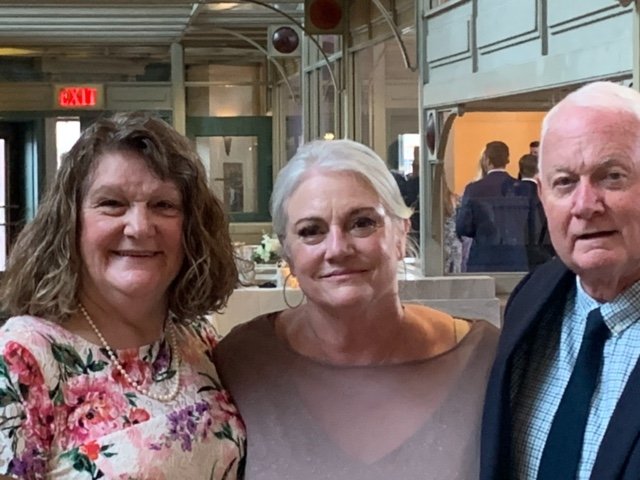 Mike McMahon with his wife, Patty, (on the left) and my wife, Catherine, at our son's wedding in 2020.
One of Mike’s latest feats was to organize a surprise seventieth birthday party for his wife, Patty. He pulled it off. I have a video of the shock on Patty’s face when she walked into the back room of a restaurant near their Michigan home, seeing the room filled with friends and relatives. And there was Mike, standing off to the side, out of the limelight, taking it all in with a sheepish grin on his face.

Mike and I generally see each other a couple of times a year and go on long walks together when we do, mostly talking about the comings and goings of family and about sports. Sports talk tends to be trivialized these days, but I think that is wrong. For one thing, our games might be the best things we have going in our culture right now—a commonly agreed up set of rules, respected arbiters of those rules, teamwork, passion, drama. I could go on, but that’s an essay for another day. There is also an intimacy to be had in discussing those things. Again, another day.

But Mike and I don’t really need to go deep. For me there is great pleasure and comfort in just being around a guy like that, decent and true. Something occurred to me today as I was thinking about him—how hard it is for Mike and I to say goodbye at the end of our visits. The hug at the airport. “Love you, bro.” Averted glances because God knows we wouldn’t want to get caught weeping. But still.

Neither my dad nor Mike are likely to end up in any Hall of Fame. I used to think that was an injustice because people like that are the real heroes of life. Now I realize that is not important at all. Lives of kindness, decency, compassion, and loyalty are what matter, their own reward.

So that is my answer to June’s question. I hope that at my final rites, someone might say of me, “He was a good man.” If I am so fortunate, my attempts to emulate my dad and brother-in-law and so many other people like them, men and women, will be a big part of the reason.

To purchase any of my books, including The Burning, the Tulsa Race Massacre of 1921; I’m Proud of You: My Friendship With Fred Rogers, Getting Grief Right: Finding Your Story of Love in the Story of Loss (with grief therapist Patrick O’Malley) and Extra Innings: Fred’s Claire’s Journey to City of Hope and Finding a World Championship Team, visit my Amazon page at this link.

29Jun
Something to say; Time to say it
Anything Mentionable: Peter Rivera and the Power of the Drumbeat
My New Life With An Electric Car: A Love Story
Comments
985-245-1730
Fort Worth, Texas, United States